The word grenade dates all the way back to 16th century Shakespearian-era England and, according to Wikipedia, it was probably stolen and twisted from an Old French word we still use today: “pomegranate”. The suggestion being that the explosive powder the grenade is stuffed with is sort of like the seeds in the colorful fruit.

The actual tiny explosive you throw with your hand though? The thing itself (minus the name we know use)? That goes all the way back to the Byzantine Empire, when they created incendiary devices out of ceramic jars and plain old stone.

Many credit an Englishman by the name of Marten Hale as the inventor of the modern version, which inspired the Royal Laboratory (of Great Britain) to develop the No 1 Hand Grenade in 1908. 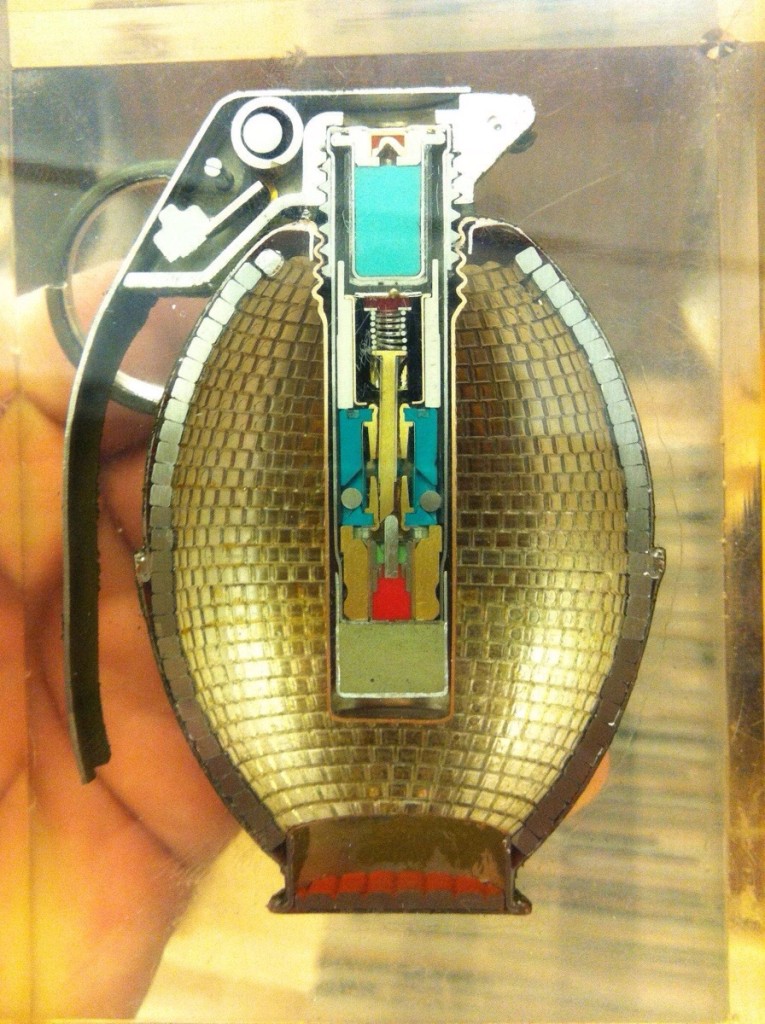