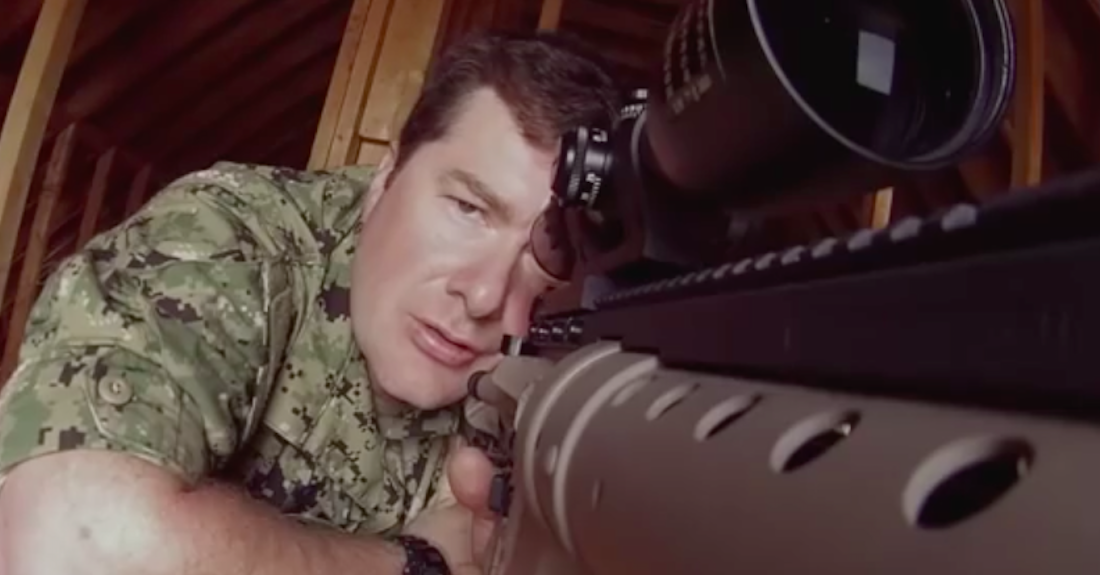 When a marksman, in this case a military sniper, is comfortable, that’s one thing. They can rest easy on their tried and true techniques in positions they’ve practiced thousands of times over.

But what happens when you put them in awkward and cramped situations? Settings where there isn’t a lot of room or angle to play with?

That’s when the cream rises to the top.

The proverbial emollient, in the following clip, is West Coast Navy SEAL Monty LeClair, who takes us through an actual United States military sniper stress test, along with his MK-12 SPR and YouTube host Larry Vickers.

As they say in the description of the video — “it’s a lot harder to shoot when your heart is racing and you are breathing heavy, which is far more realistic than just bench shooting.”

Think of it in golf terms, if that helps: it’s the difference between putting for fun, and putting with a ton of money on the line.