These four dogs probably outrank you, both in stars and spirit.

The SITREP visited Walter Reed National Military Medical Center to learn about its facility dog program and its positive impact on military veterans. Instead, we met four amazing dogs and experienced firsthand how they can instantly uplift a patient’s day simply by entering the room.

All four of these dogs were first destined to become service dogs for disabled Americans. For various reasons, they were ‘career changed’ to become facility dogs. Today they serve our military community by bringing joy to patients during their darkest hours. 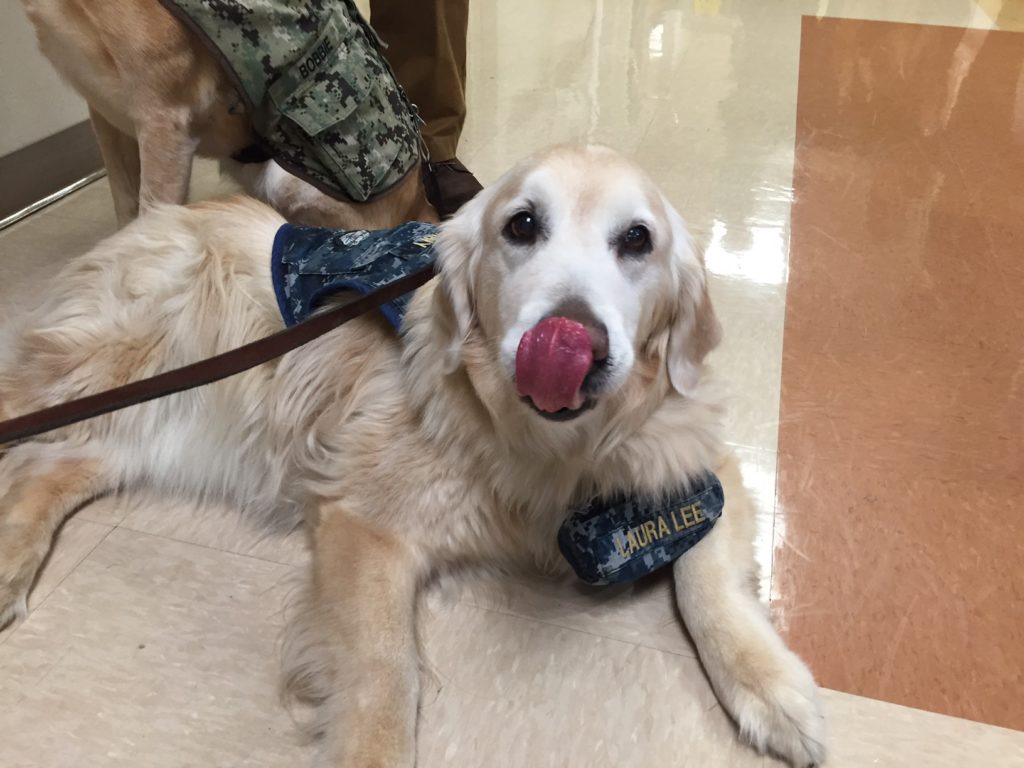 This soft, gentle Golden Retriever pioneered the Walter Reed Bethesda Hospital Dogs in 2007. As the eldest and most experienced facility dog, Laura Lee is the matriarch of the pack and the program’s emotional core.

Patty Barry, Laura Lee’s owner and the first handler in the facility dog program, said the Golden Retriever has an innate talent for seeking out the human being who needs her comfort most. Her emotional intelligence is so high that the handlers have learned to trust Laura Lee’s instincts and let her lead the way.

“Those dogs cannot be trained to do that,” Barry said of Laura Lee’s empathy. “They get it inside. They know what they’re doing.”

“This is a significant ceremony — it is not designed to be trivial, cute or for a laugh. It’s designed to recognize a battle-buddy, a shipmate, a wingman, a steadfast colleague who has been there, in and out, 24/7, 365 for some of the most deserving population, deserving men and women on the face of the planet,” Nathan said. “They say in Washington, D.C., if you need a friend then you ought to get a dog. I think that’s never been [truer] than here.” 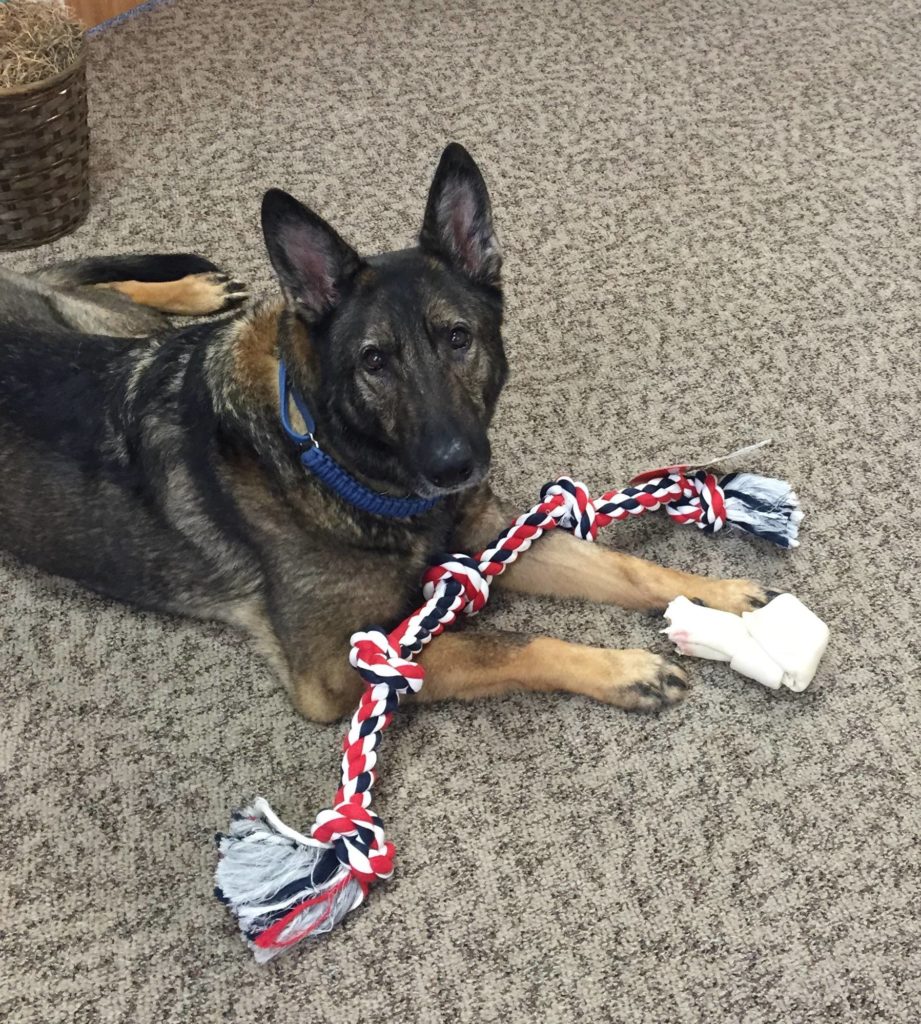 The sole German Shepherd in the pack, Archie tends to gravitate towards military members. All of his handlers are active-duty service members, and some of his biggest fans served in the special forces.

“He is a magnet to special forces service members,” his owner and handler Amy O’Connor said. “They get him, and he gets them.”

Ever since he joined the Walter Reed pack in 2010, Archie has lent his strength to struggling patients at the hospital. His alert, yet calm demeanor helps wounded warriors and children alike feel safe and protected in even the scariest health situations.

Though Archie makes it his responsibility to check the perimeter of every room before allowing his handlers or packmates to enter, he respectfully defers to Laura Lee. Even dogs understand the chain of command. 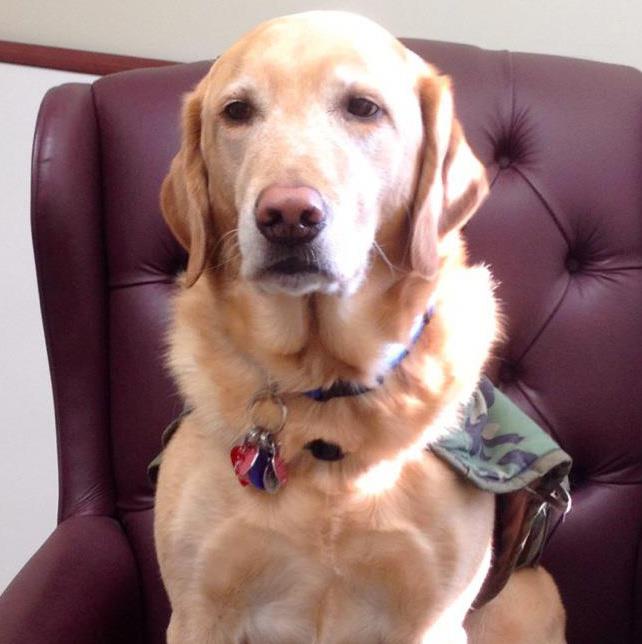 Bobbie is a Goldador and honorary Navy nurse. She specializes in alleviating stress and forging human-to-animal connections with the patients she meets.

“She’s the one who goes to the floor when they’ve had a lot of deaths, or when something tragic happens,” O’Connor said. “She provides resiliency for our staff. That’s her niche.”

Bobbie’s handlers say that she is in a cute doggie romance with her fellow facility dog Archie. Though she is nothing less than professional during work hours, Bobbie likes to let loose when she is off duty.

“She’s very serious with her jacket on, but she’s a party girl,” O’Connor said. 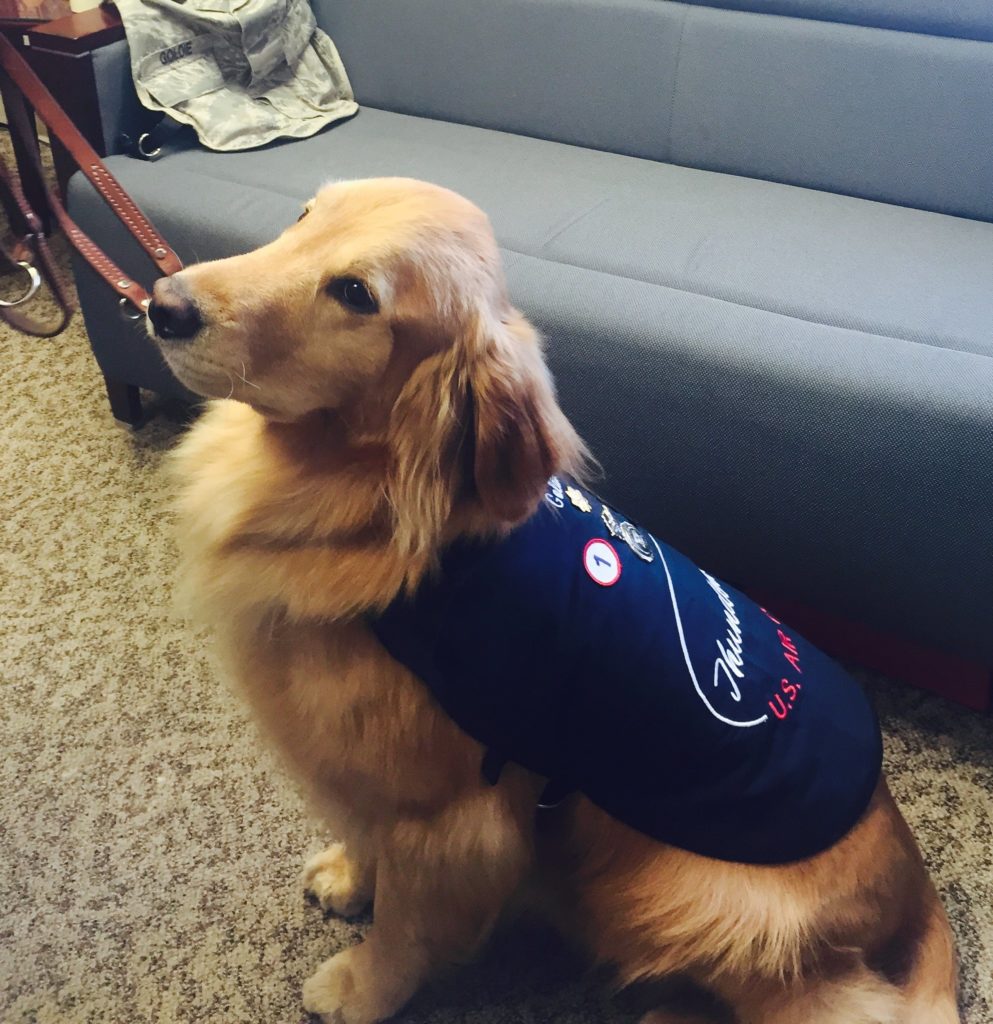 Short, busy-tailed and eternally happy, Goldie is the first USAF Thunderbird Dog. He was commissioned in 2014 by General Mark A. Welsh, CSAF, and he has served as a Walter Reed facility dog ever since.

Goldie’s greatest strength is his unflinching optimism and sunshine personality. O’Connor said that patients request Goldie when they need “to be goofy and snuggle.”

Patients can spot Goldie wearing his Thunderbird vest on Fridays.

If you ever find yourself at Walter Reed, see if you can get an audience with one of these canine heroes. Or you can follow them on Facebook to stay up to date on the program.