The Story of the U.S. Military’s Tiniest Working Dog 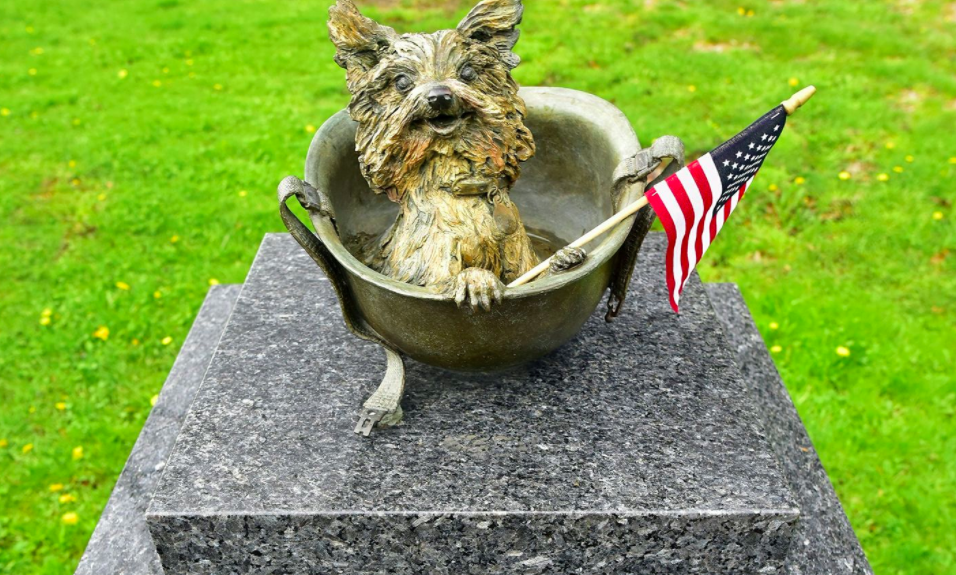 Yorkshire terriers are pretty popular nowadays. They’re a common sighting, on a leash or off, if you go anywhere where a dog is allowed to saunter, wag and bark.

Before World War II, however, that wasn’t the case. The breed was obscure, and in danger of being forgotten altogether.

And then came Smoky, the military working dog whose exploits are almost too vast for a simple blog post.

They called him an “angel from a foxhole.”

In case you didn’t get that, here’s the nuts and bolts of Smoky’s story, from the caption:

Smoky was a 5 pound Yorkshire terrier discovered in the jungle during the Battle of Guadalcanal during World War II. No one knew how or why he got there–the Japanese said he wasn’t theirs, so he was taken by a US reconnaissance unit. He actually served. Because of his tiny size and high intelligence, he was put to work in the Philippines stringing communication wire. Humans stringing wire would be shot by snipers, but Smoky could crawl through pipes. Also made parachute jumps. He learned tricks and started making appearances in field hospitals; the doctors noticed when he came around patients felt better, so they began touring him and he is credited with being the first therapy dog.

After the war, the puny little miracle dog became a television star, performing in over 40 hit shows while nailing hard-to-believe tricks, like walking tightropes … blindfolded.

Smokey passed in 1957, and is buried with a .30 caliber ammo box in a cemetery in Lakewood, Ohio (the photograph above is of his headstone).