If you are having a bad day, try to imagine a group of U.S. Marines deployed in Afghanistan finding a small puppy in a pile of trash and then promptly naming her Snickle Fritz.

After the image of war weary Marines cooing over a puppy loses its luster, imagine that puppy three years later helping one of the servicemen who rescued her adjust to post-war life.

The best part is that this story is completely true.

Special Operations Marine Eric Yarger and his comrades found a six-week old Afghan Kuchi puppy in a pile of garbage in Shindand, Afghanistan. Dubbing the dog ‘Snickle Fritz,’ a nickname for talkative kids in German, Yarger took the puppy with him for the rest of his tour.

Thanks Puppy Rescue Mission, a charity that helps pets adopted by troops during their deployments find their way to the United States, Snickle Frtiz left Afghanistan in 2013 and joined Yarger’s wife, Olympia, in Washington D.C. Now the family lives in Australia, where they document Snickle Fritz’s daily adventures on Facebook.

In a post dated Jan. 19, the Snickle Fritz fanpage shares Yarger’s letter to Puppy Rescue Mission asking for help bringing her to the United States. 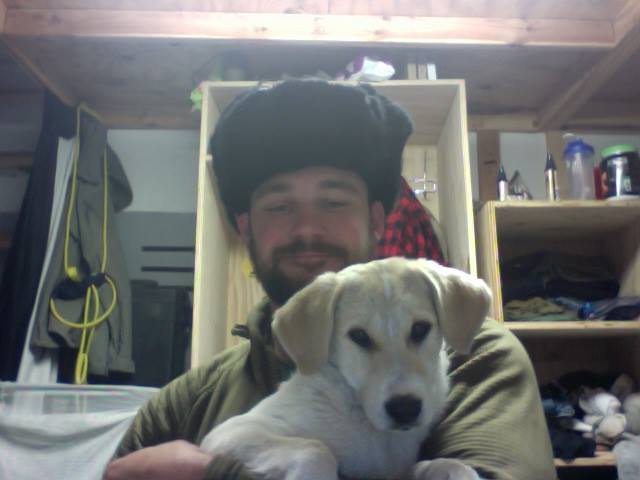 My daughter was only two weeks old when I left, so personally Snickle has helped me with the absence of my son and new born daughter. I carry her as if she was my daughter and feed her burritos and wrestle with her as if she was my son. These things will keep me going until the end of the deployment and now she’ll be a part of my family in America. I see that as a gift, one that will unite my family, Afghanistan and I and I’m very grateful to the Puppy Rescue Mission for making this possible.

Despite the Afghan Kuch breed’s protective nature, Snickle Fritz is a very gentle and loving family pet around Yarger and his 4-year-old daughter. Though she isn’t formally trained as a service dog, Snickle Fritz is helping Yarger cope with post-traumatic stress disorder.

Be sure to check up on Snickle Fritz and the Yarger family!