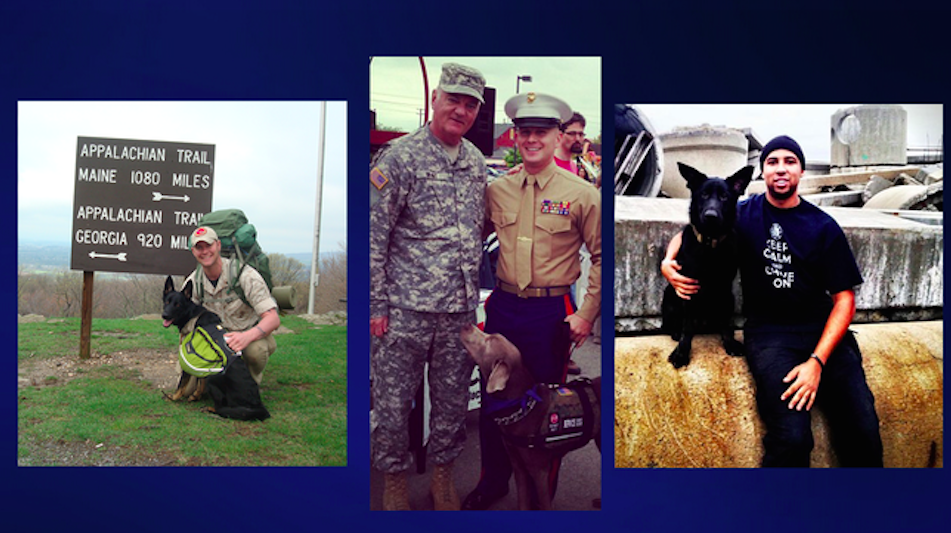 Some Americans remember deceased loved ones by resting flowers on their grave or inscribing their name on a park bench or lighting a candle — or saying a prayer.

Marines walk 100 miles, with their trusty service dogs, in a meditative and celebratory march like a pack of modern day Paul Reveres — minus the whole being on horseback wearing a big funny hat part. And all the yelling.

Seriously though, three marines and their loyal pups are in the midst of a long walk which will see them traverse from the Liberty Bell in Philadelphia, Pennsylvania all the way to the Freedom Tower in Manhattan. That’s roughly 100 miles. All to honor two fallen Marines who were killed serving their country.

They left on Tuesday, and at their pace of 12 miles a day, that would put them somewhere in New Jersey, just across the Delaware River. Cherry Hill, maybe? Or Mount Laurel?

When they finally reach their destination, the proud, fleet-footed military vets plan on partaking in the 9/11 ceremonies in New York with members of the FDNY.

“The Long Walk is going to be a great experience while honoring the memory of our fallen brothers,” said Steven Walls, formerly of Kilo Company 3rd Battalion 7th Marines.

Ava, Kyra and Gunner will also be making the nine-day trek. They’re the aforementioned service dogs who were given to the former servicemen through programs that assist veterans in adjusting back to civilian life.