Never underestimate the strength of a dog’s jaws or the power of its puppy eyes. Whether a canine service members are sniffing out bombs or making troops smile, military dogs play integral roles in each branch and in the larger military community. We looked through released military photographs to find images that best demonstrated how dogs serve.

All of these images are sourced from official military branch Flickr accounts. 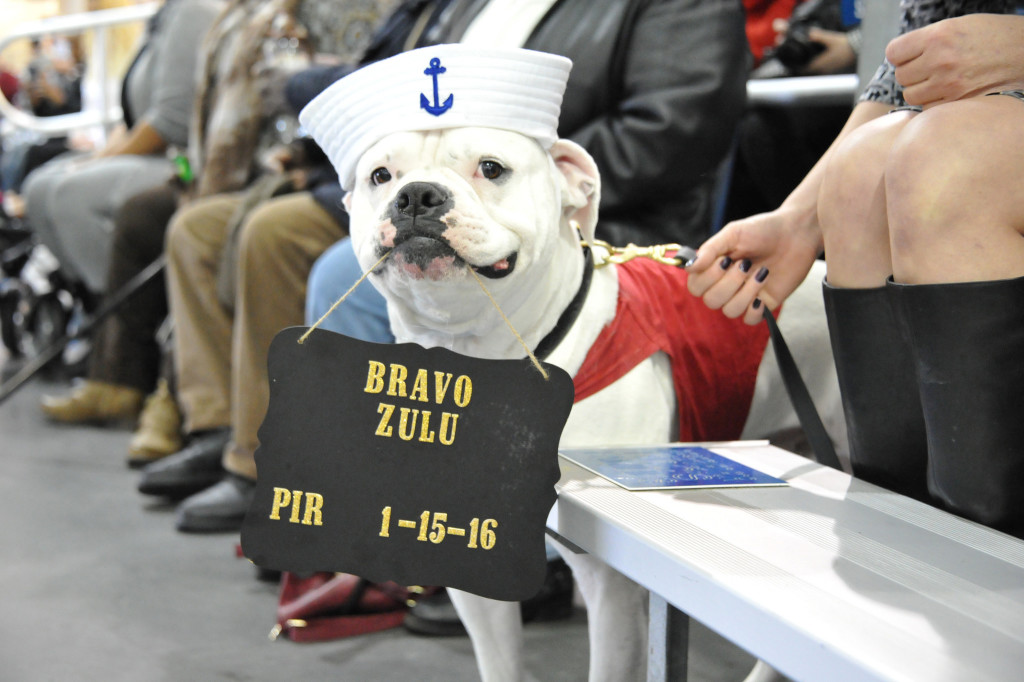 Military mom Lisa Simmons brought her 4 year-old service dog Cano to a Pass-in-Review ceremony in January to support her son. Cano quickly became known as the ‘Bravo Zulu dog’ among all the sailors.

“He must have been hugged and petted by at least a hundred sailors who said they just miss their dog and wanted to pet him,” Simmons said. “It was good comfort to those young men.” 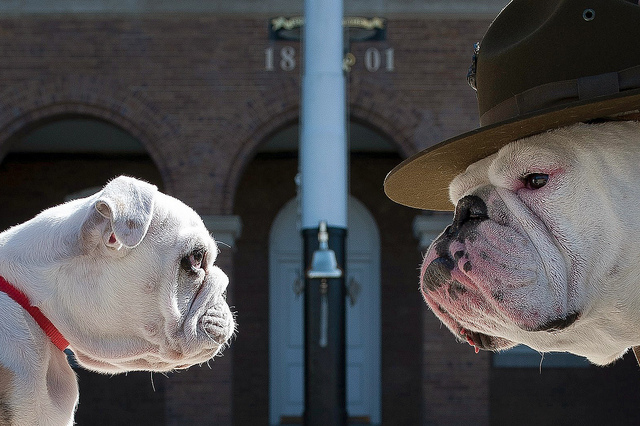 Speaking of bulldogs, the Marine Corps employs one as its official mascot to inspire Marines. This photo from March 2013 shows the prior USMC mascot, wizened Sgt. Chesty XIII (right), having a friendly staring contest with his fresh-faced successor, Recruit Chesty (left). The transition of power took place in September of that year. 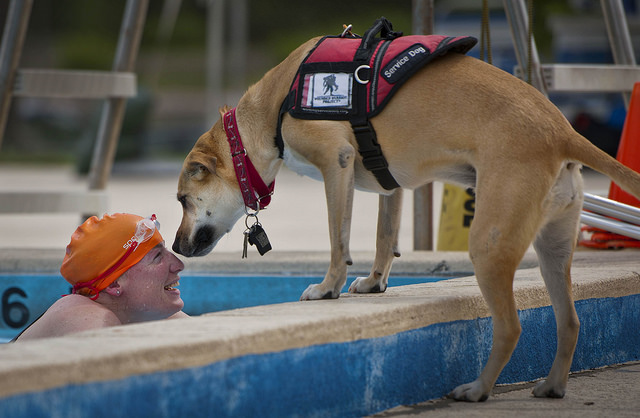 Melissa Gonzalez is a wounded warrior participating in a military adaptive sports program. As she swims laps to strengthen her body, her service dog Bindi is waiting for her at the end of the pool. 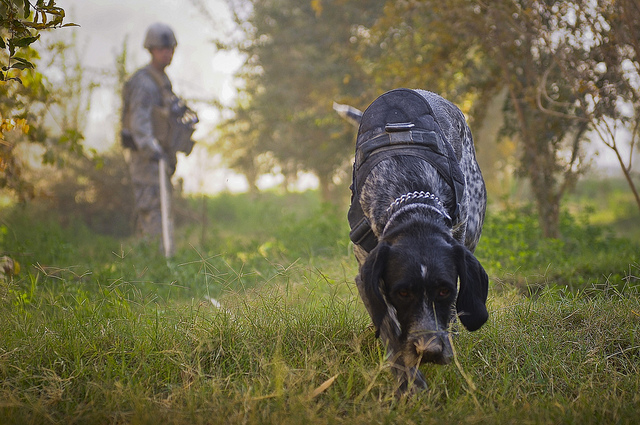 In the Army, military dogs constantly have their noses to the ground. Sgt. Homer and his handler U.S. Army Spc. David Walls are no different. While stationed in Afghanistan, Homer and Walls performed mine sweeps to prevent troops and locals alike from wandering onto dangerous ground. 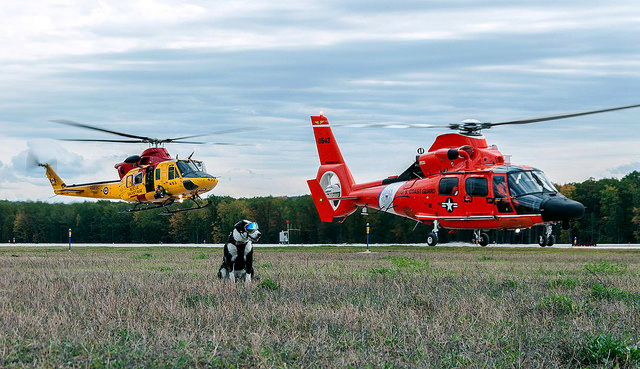 This image won the Coast Guard’s photo of the year! Piper is a wildlife control canine who chases pests away from airstrips. Without this 8 year-old Border Collie’s diligence, Coast Guard rescue aircraft would risk running into wildlife hazards while lifting off and landing.