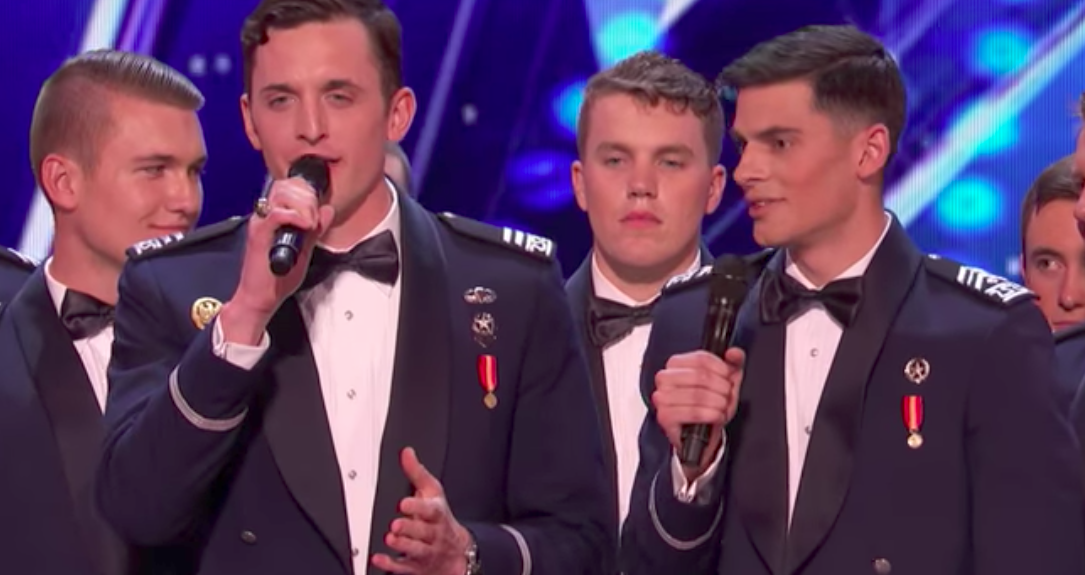 All the way from Colorado Springs, Colorado, via the United States Air Force Academy, here’s “In the Stairwell.”

Give it up for them?

The audience on NBC’s “America’s Got Talent” certainly did. The a capella group (all 16 of them) got up together on stage and belted out One Direction’s “Drag Me Down.”

Unfortunately, some of the judges weren’t as ecstatic about the performance.

The harmonious collective — who devised their clever name after they realized they could only sing in the stairwells at the academy — took the negativity, however, in stride.

This from FOX 31 in Denver:

“First and foremost, I can’t thank you enough and I respect and adore you for your service,” Mandel said. “But just talent alone, I’ll be totally honest with you, it bored me.”

“You’re not booing him loud enough,” Cowell said as the crowd loudly booed Mandel for his criticism.

“I wasn’t bored. What you guys did with the harmonies you made it feel so full and fresh and new and I liked that,” Mel B responded.

Cowell followed with some constructive criticism.

“I did think the choreography was too much,” Cowell said. “However, I think people are really really gonna like you. [You have a] lot of work to do but [viewers] gonna like you.”

Fortunately, thanks to the law of majority, the group made it through to the show’s next round.