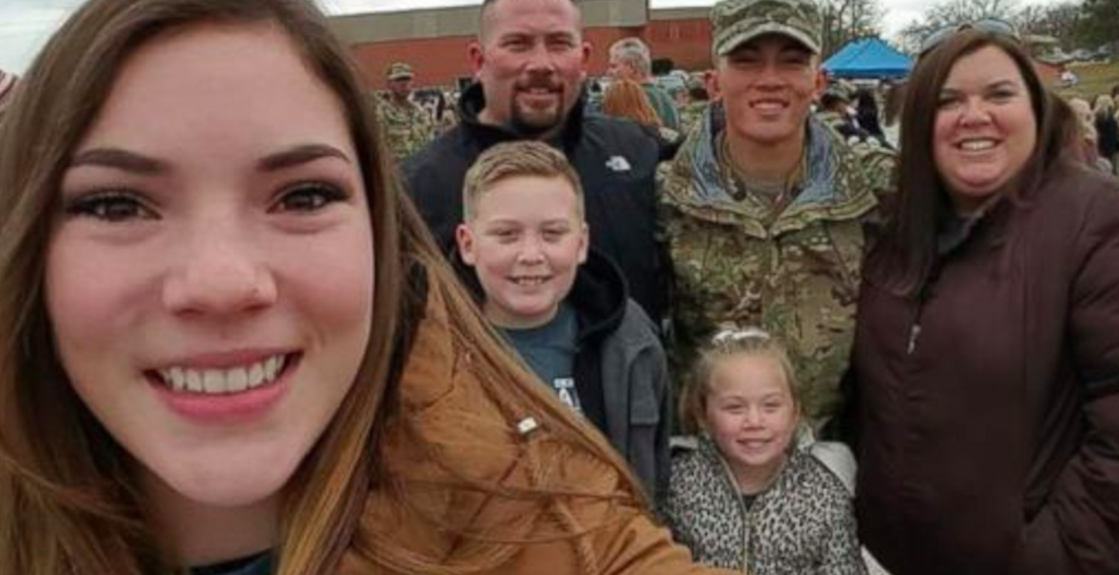 “I needed to personally and publicly thank him. You don’t hear of that all the time of a complete stranger willing to spend all that money. We needed to find out who he was,” Jennifer Tilson, of Granite City, Illinois, told Good Morning America.

Because of Josh Rainey’s good nature, of St. Louis, Missouri, she and her family got to see her son — an active-duty soldier who’s been away since Christmas — over Memorial Day weekend.

Here’s the whole story — via GMA:

On May 25, Keaton Tilson received approval to return home for Memorial Day weekend, but because it was such short notice, he was on standby to get on a flight home to Illinois. When a stranger, Josh Rainey, noticed Keaton Tilson wasn’t having much luck with his standby ticket, he bought him a one-way ticket home so the soldier could return home immediately, Jennifer Tilson said.

“He missed a couple of flights because they were full,” she added. “He called back a few minutes later all choked up and said, ‘Somebody just bought my ticket.'”

Josh Rainey, 35, told ABC News that he first walked over to Keaton Tilson to try to trade airline tickets with him, but was informed by staff that Keaton Tilson was not next in line on standby. Rainey said he then paid for a new ticket instead.

“I didn’t go over there thinking I was going to buy a ticket, but it didn’t look like he just wanted to go home, it looked like it was for a reason,” Rainey recalled. “He shook my hand and walked away and then came back and asked if he could give me a hug. Getting a hug from him was the most payment I could’ve gotten.

“We are super appreciative that Josh did this so Keaton could come home,” said Jennifer. “I know it was short, but it was better than nothing.”

Keaton Tilson is currently serving in Fort Worth, Texas.

Good samaritans lurking in American airports aren’t the only ones giving members of the military community a break on their travel expenses. A popular internet travel agency does as well.