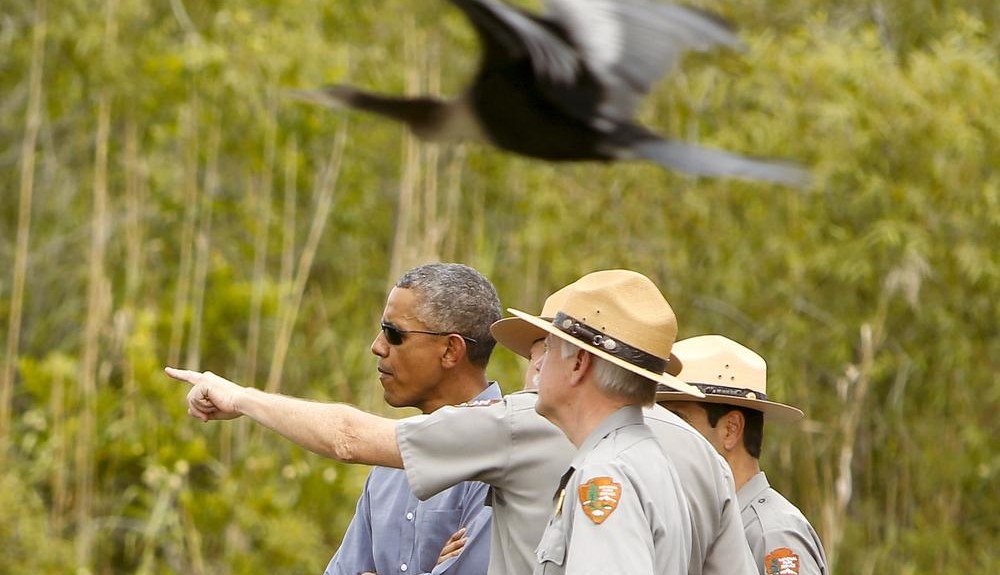 The show will air later this year. Lesser celebrities like actresses Kate Winslet and Kate Hudson have also appeared on Grylls’ show in the past.

As we reported on Sunday, Obama is in Alaska for three days this week in an effort to highlight climate change in the region and around the globe and champion legislation to put a hard cap on power plants’ carbon dioxide emissions. This bold announcement comes less than 24 hours after his other big news that involved changing the name of Mt. McKinley to the old Native American name “Denali”.

More from the BBC:

[Obama] is also scheduled to visit glaciers and meet fishermen and native leaders to discuss rising sea levels, shrinking glaciers and melting permafrost in the sparsely populated US state.

Earlier this month, the president unveiled plans to cut greenhouse gas emissions from US power stations by nearly a third within 15 years.