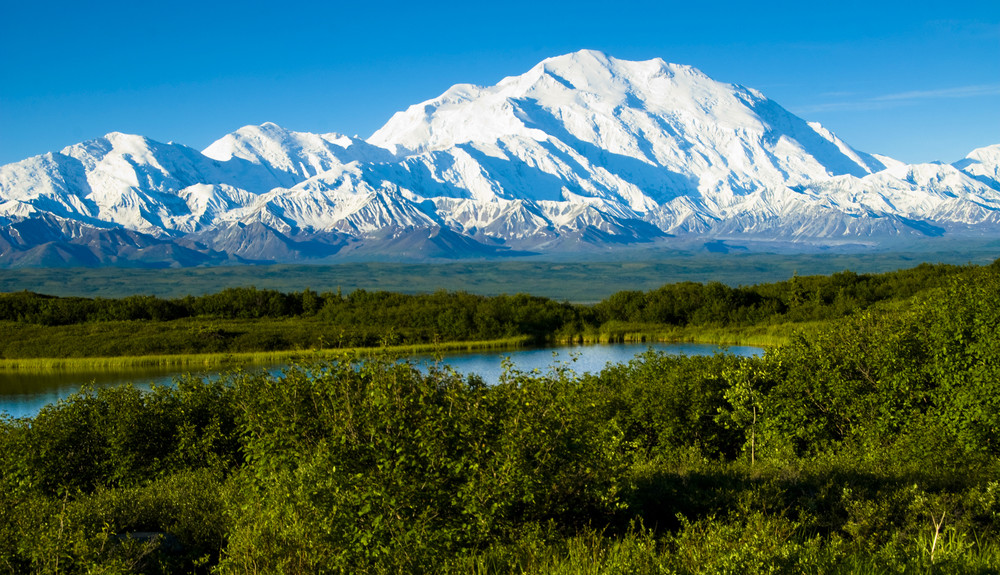 President Barack Obama announced Sunday that the mighty mountain in Alaska named after slain President William McKinley will, in the future, will not be named after the slain president.

The towering landmass is the tallest thing in North America (more than 20,000 feet), and it happens to share a rich history and significance with the native people of its surrounding area. In that spirit, Obama is renaming it “Denali”, which is what tribes in Alaska have been calling it for much longer a time than outsiders have been referring to it as “Mt. McKinley”.

“Denali” means “the high one” or “the great one”. It has an indelible role in the creation story that the Koyukon Athabascans have professed for more than a thousand years.

More from The New York Times about the birth of the mountain’s soon-defunct name, as well as the demise of its former presidential namesake:

The mountain came to be known as Mount McKinley after a gold prospector who had just emerged from exploring the Alaska Range heard that Mr. McKinley had won the Republican presidential nomination, and declared that the tallest peak should be named in his honor as a show of support.

Mr. McKinley was assassinated in 1901, six months into his second term, and never visited Alaska. Mr. Obama’s trip there starting Monday will be his first major visit to the state, and he will become the first sitting American president to visit the Alaskan Arctic.