6 Photos That Show What Memorial Day is All About

How do you define Memorial Day? When pondering this question, we realized that words were not enough. So we picked out our favorite images from last weekend’s Memorial Day events that we thought captured the spirit of this day. 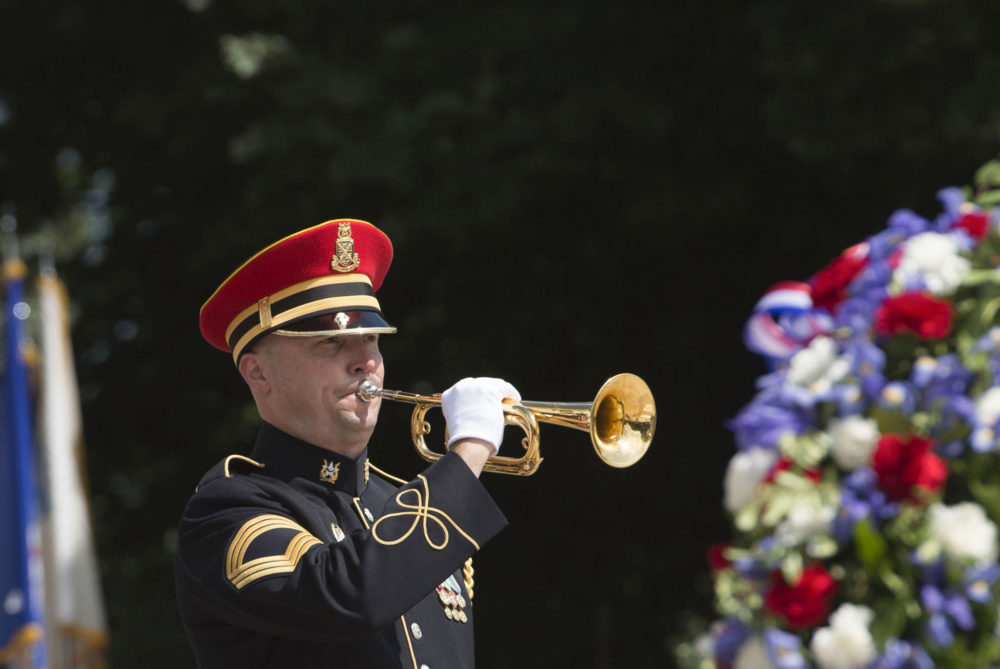 In this image, an Army bugler plays taps during a wreath-laying ceremony at the Tomb of the Unknown Soldier.

“There is something singularly beautiful and appropriate in the music of this wonderful call,” the Arlington National Cemetery website writes about the iconic tune. “Its strains are melancholy, yet full of rest and peace. Its echoes linger in the heart long after its tones have ceased to vibrate in the air.” 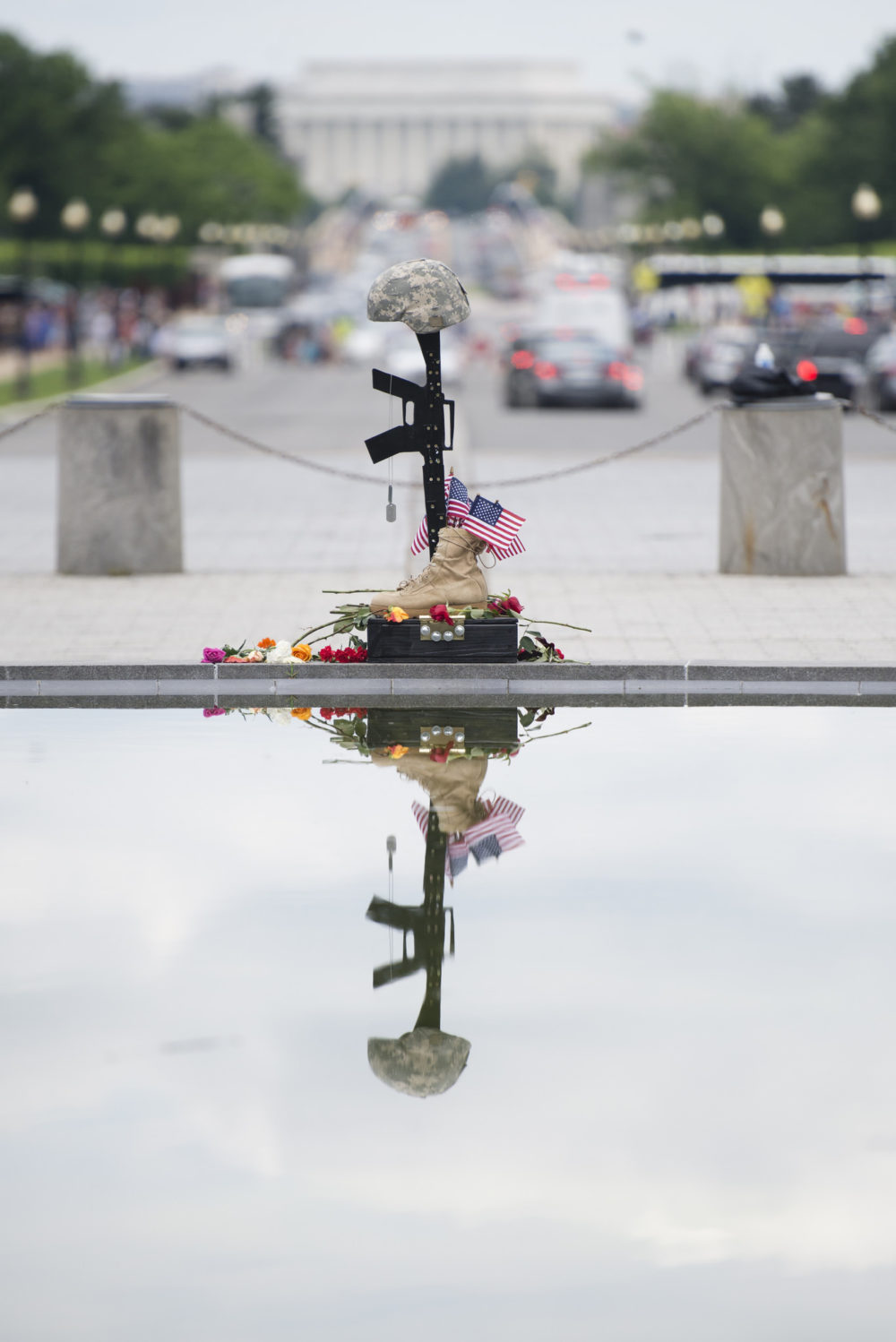 This battlefield cross stood vigil outside the Women in Military Service for America Memorial over the weekend. This symbol constructed from a firearm, helmet and combat boots is a visual reminder of loss and sacrifice. 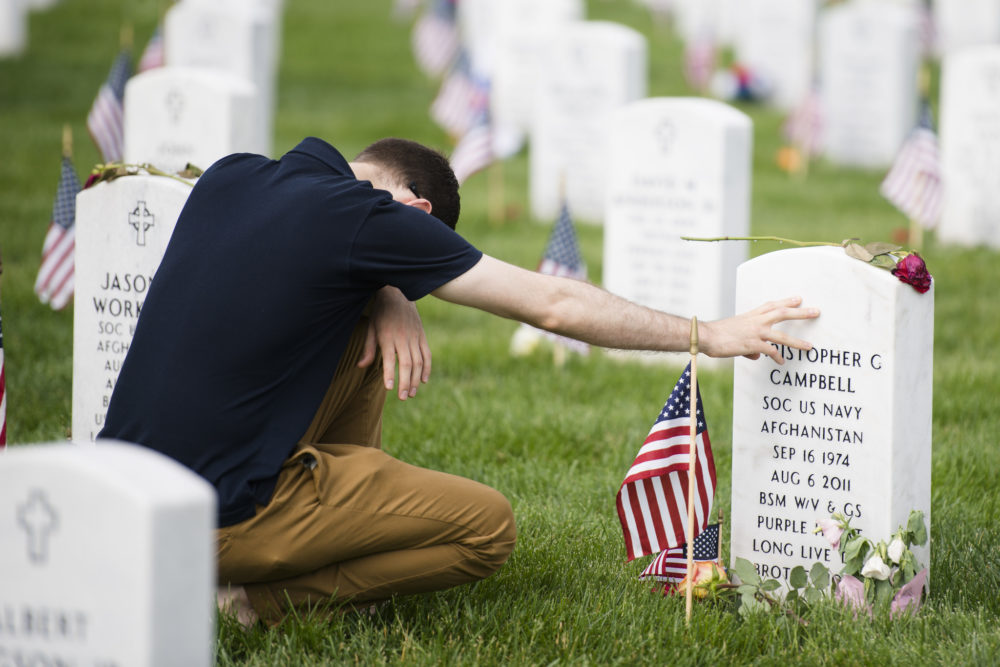 Five years ago, U.S. Navy Petty Officer 1st Class Christopher C. Campbell was one of 30 Americans killed when a Chinook CH-47 helicopter was shot down by the Taliban in Afghanistan. This photo captures an emotional moment when a civilian who knew Campbell pays his respects. 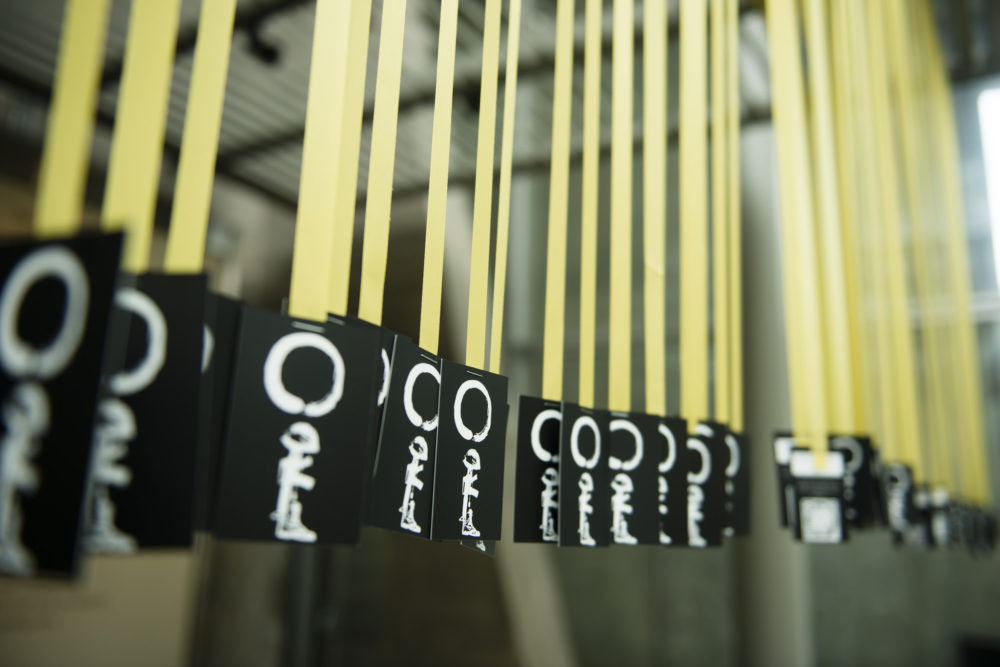 About 6,800 yellow ribbons with battlefield cross tokens hung in the Women in Military Service for America Memorial this Memorial Day. Each ribbon represents a service member who died fighting in Iraq and Afghanistan after the September 11 attacks. 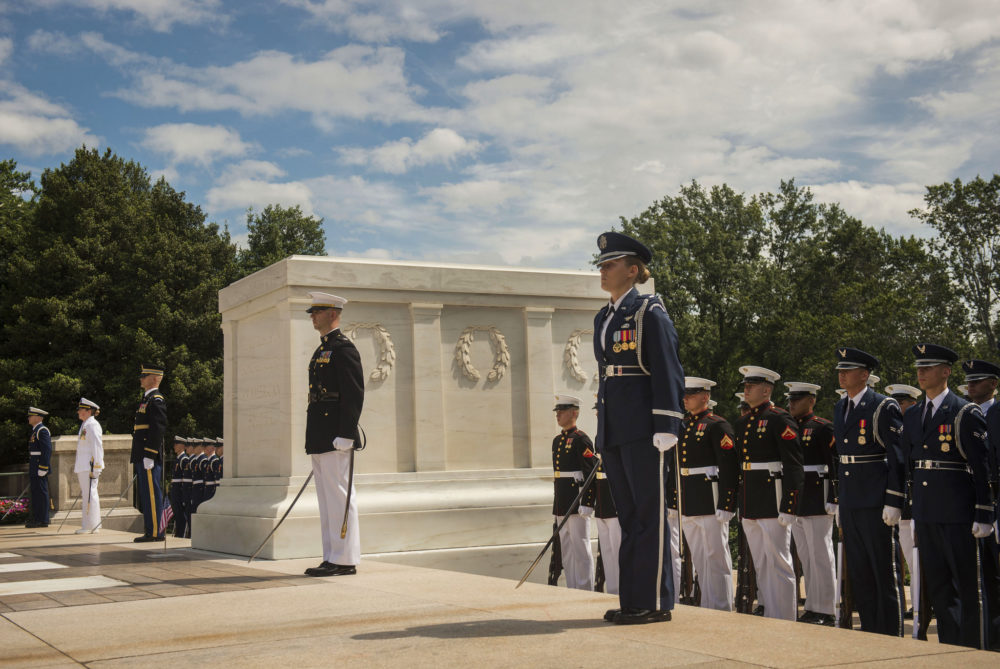 Wreath-laying ceremonies and military funerals are conducted by the U.S. Armed Services honor guard units. Here, the honor guard stands at the ready as a wreath is bestowed upon the Tomb of the Unknown Soldier. 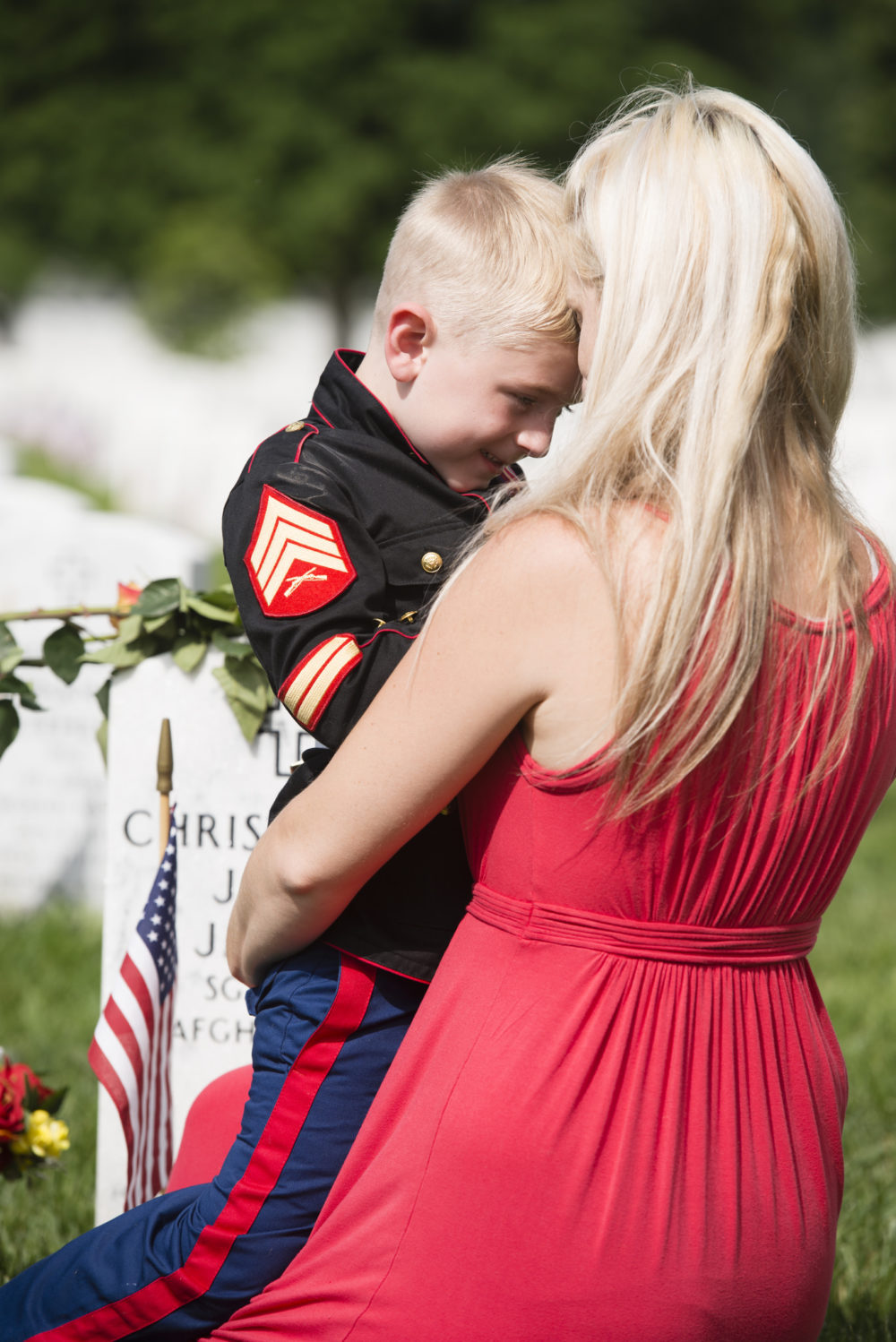 Every year, five year-old Christian Jacobs spends Memorial Day in Arlington National Cemetery visiting the grave of his father, U.S. Marine Corps Sgt. Christopher Jacobs. His father died in 2011 during a training accident when Christian was only five months old. Dressed in his own miniature Marine uniform and with his mother at his side, Christian once again paid his respects to his dad.