While the rest of America dons silly glasses and sips champagne, two tough, pugilistic United States Marine veterans will face off against one another at “the world’s most famous arena” in New York City, mere blocks from Times Square. 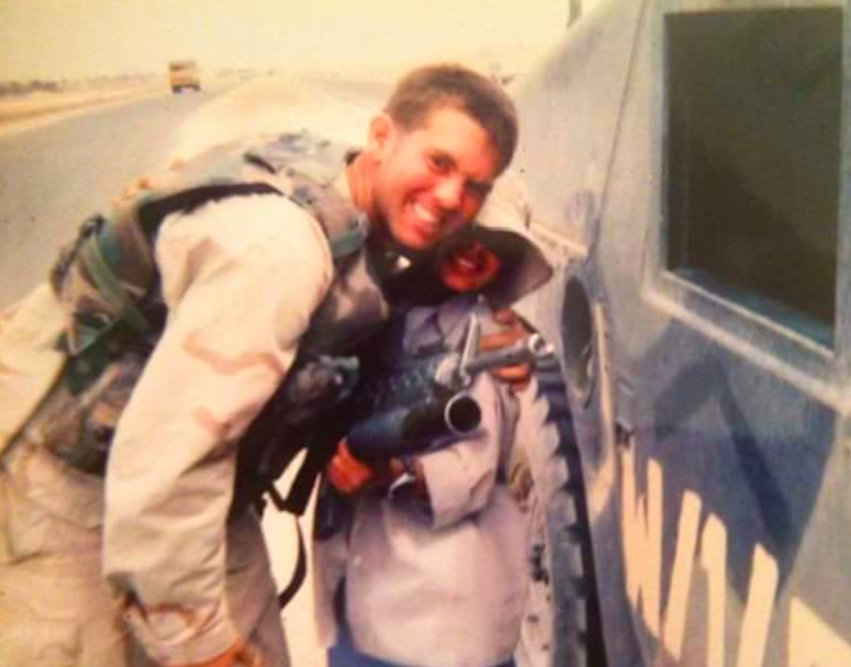 Both Kruchten (boasting a record of 11-3 in the cage) and Mahon (5-4) were infantrymen during the first battles of Operation Iraqi Freedom.

“He was an [noncommissioned officer] while I was a lance corporal,” said Kruchten. “We invaded the country together as 5th Marines, so it’s kind of funny that 13 years later, two guys from the ‘Fighting Fifth’ are now going to put it on in the middle of the decagon in Madison Square Garden.”

For the non-MMA inclined, the WSOF ring has two more sides than the UFC’s octagon. The organization also has somewhat less of a fan base, which contributed to the decision to move the original Kruchten-Mahon bout off its scheduled Nov. 12 date in Colorado. Otherwise, it would’ve gone up against UFC 205, the larger promotion’s mega-card from MSG.

That initial WSOF card, set for Loveland, Colorado, would’ve featured other military fighters as part of the promotion’s “Who’s the Toughest” contest, in which the WSOF solicited applications from MMA prospects with military backgrounds, regardless of in-ring experience. Instead, the lone fight — which will air on the NBC Sports Network portion of the preliminary card prior to the main bouts airing on the NBC network, and had been booked even earlier in the card as an online-only offering before a reshuffling — will feature military veterans who happen to be veteran fighters.

Kruchten has, in the past, won 11 fights in a row.

The last bout Mahon had was against another Marine vet, Davis Sylvester, which was stopped by officials in the second round.

“I can’t think of anything better to spend my New Year’s Eve doing than punching this guy in the face and him doing the same to me,” said Kruchten.

“When it’s all said and done, I’m expecting to have some beers with the guy at the end of the night.”

“I think they picked the best of the best. C’mon now. We’re Marines.”