After spending several combat tours apart, two Marine veterans have reunited at last. One of them is Sgt. Andrew Mulherron, a machine gunner who served in Afghanistan. The other was his partner Staff Sgt. Boone, a black labrador and IED detection dog.

Together, Mulherron and Boon found 11 IEDs during their first combat tour and jointly earned a Navy Marine Corps Commendation medal. As is Marine tradition, the dog outranks his handler out of respect. After their last mission together concluded five years ago, the partners went their separate ways.

Until now, that is. Last Thursday, Mulherron reunited with Boone a month after the hound retired from military service. The veteran spent years trying to find and reconnect with his old dog, and he didn’t know whether or not Boone would even remember him. 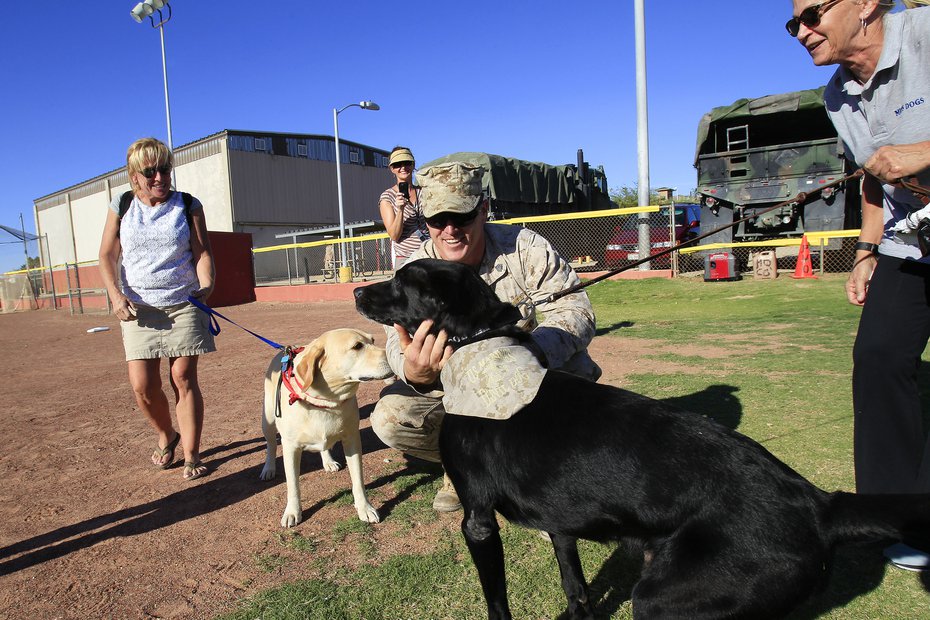 Judging by the pictures of their reunion, it looks like Mulherron had nothing to worry about.