Man Pulls Over on the Highway, Plays Taps Near Site of Military Crash 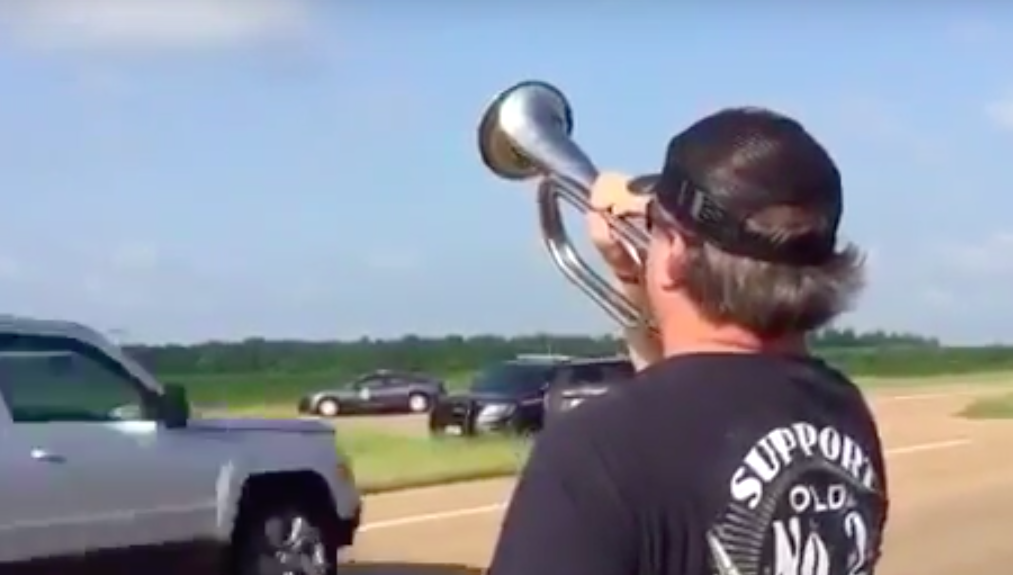 On Monday, 15 United States Marines and one U.S. Navy sailor were killed when the military transport plane they were aboard experienced a “midair failure“, and crashed into soybean fields in Mississippi.

A day later, one American traveled close to the site of the tragedy, pulled his vehicle to the side of the highway, got out, and paid tribute by playing taps with his bugle.

“I’m out here today to show my respect for the fallen. Felt it in my heart to come out and honor them,” David Weeks told FOX13 in Leflore County.

“These men and women join the service not for their own benefit, but for the benefit of our country.”