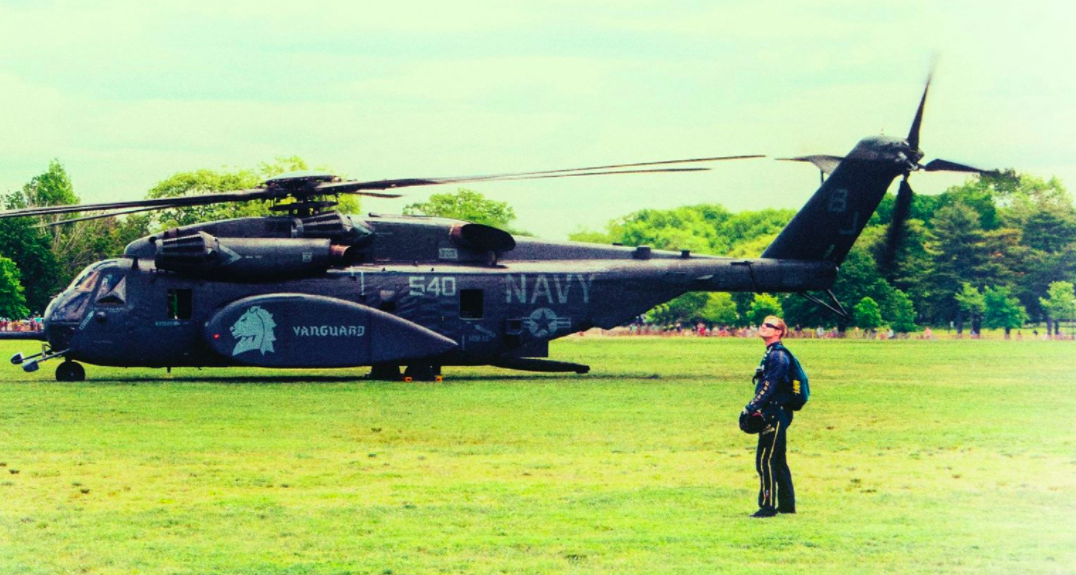 On Sunday, United States Navy Petty Officer Remington J. Peters, a combat veteran and SEAL, jumped from aircraft with his team, the Leap Frogs, for an audience of hundreds at Liberty State Park in Jersey City, New Jersey.

Midair, however, something went wrong, and the daring special operator was separated from the very thing that was supposed to help him land.

An hour later, he was pronounced dead. He was just 27 years old.

While the military hasn’t officially disclosed the exact cause of the tragedy, they did acknowledge that is stemmed from an “equipment malfunction.”

Heartfelt tributes to the late SEAL have been pouring in ever since the news broke over the weekend.

This is what the Leap Frogs — a team he joined about a year ago — posted on Facebook:

The members of the United States Navy Parachute Team “The Leap Frogs” would like to honor our teammate and friend, Petty Officer First Class Remington “Remi” Peters. You will be sorely missed, brother.

Here’s another, from a friend remembering Peters, via his obituary in The New York Times:

“High school is a crazy time where people judge each other all the time based on what you’re wearing or what you’re driving,” said Mr. Volkmann, 27, who is now a project manager for a general contractor in Wisconsin. “But he was happy to be anybody’s friend. He was always smiling.”

A guitar player, Petty Officer Peters was fond of music, including contemporary Christian rock, and he and Mr. Volkmann traveled one summer to the Creation Northwest festival in Washington State, which featured one of their favorite acts, Grits, a Nashville hip-hop group.

But above all, Mr. Volkmann recalled, Mr. Peters, with a penchant for fast cars and motorcycles, wanted to join the military, perhaps as a pilot, because “he liked the adrenaline.”

Peters, originally from western Colorado, enlisted in the service in 2008 and was subsequently deployed to both Iraq and Afghanistan.

In a statement made public by the Navy, his family said they’ll remember him as a “courageous warrior” who “lived life to the fullest and taught us to do the same.”