Would you chain a hero to a tree? Would you shackle them, a champion of life, and throw them in a cage? With no water or anything? With no freedom?

Of course not. That’s not only cruel and sinister, it goes against everything that America stands for.

But that’s precisely what’s happening to Howard, a rescued pooch who became the first pit bull to get hired by the United States military as a working dog and who saved the neck of many Army soldiers during his employment in Afghanistan in 2012. 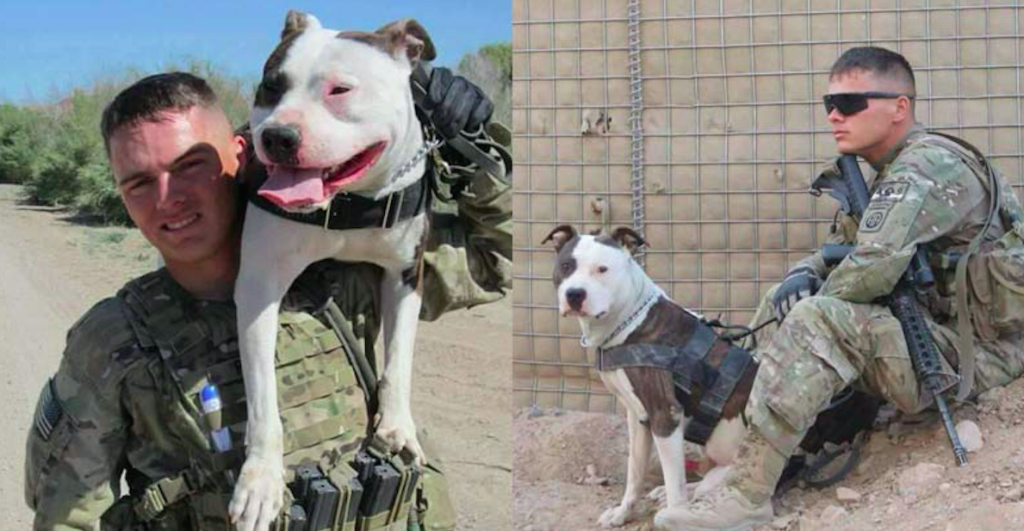 It was a rags to riches story. Was. But it’s back to rags again.

“Howard was locked up in this kennel with no blanket, food, water or anything. He also had kennel rash, missing hair on his elbows [was] in poor shape and obviously neglected,” said Reimer. “My friend had snapped some photos that you have seen of his tattoo number and him locked in the kennel with nothing.”

Reimer has told the press that he’s since attempted to buy Howard back from Fuller, but strangely enough, Fuller has refused.

See both responses in the video below: