Alleged serial rapist and former United States Navy mess steward Bill Cosby at long last had to greet the public Wednesday afternoon in Elkins Park, Pennsylvania and show up for his arraignment at the magistrate’s after he was slapped with three charges of “indecent aggravated assault” for an alleged rape that took place in January of 2004.

Charges against Bill Cosby are from an incident in Jan., 2004. One alleges the victim was "unconscious or unaware." pic.twitter.com/pPxd5aQIXU

A number of reports are saying that the victim is former Temple basketball player Andrea Costand, who took the former comedian to court in 2005 for a civil case where he gave a deposition admitting all the ugly things more than 50 women have publicly accused him of — drugging them with quaaludes, then raping them.

Montgomery County prosecutors told reporters that the statute of limitations on the case is 12 years. Had it not been filed today or soon, the clock would’ve ran out sometime in January, and off the table forever.

Here’s Cosby, wearing a hideously ugly sweater, getting out of his vehicle to show up Wednesday afternoon:

If you’ve been following the blog, you’re aware we’ve been publishing things every so often on Cosby and the unbelievably horrible crimes he’s suspected of committing. You can read them all by clicking here.

Oh, and here’s his mugshot: 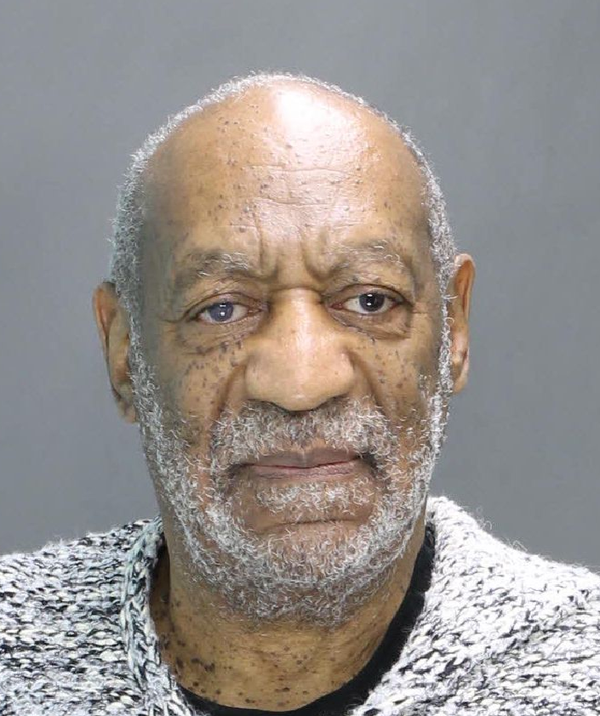 Stay tuned for more on this developing story.