A statue of Sergeant Gander, the mascot of Royal Rifles of Canada during WWII, was unveiled in Gander Heritage Memorial Park. The event was attended by WWII veterans who served alongside Gander.

“It’s very emotional, even talking about it, it’s very close to my heart,” said Philip Doddridge, a member of the Royal Rifles who fought alongside Sergeant Gander. “He was very much loved by all of us, he followed us to Hong Kong and was killed in action.” 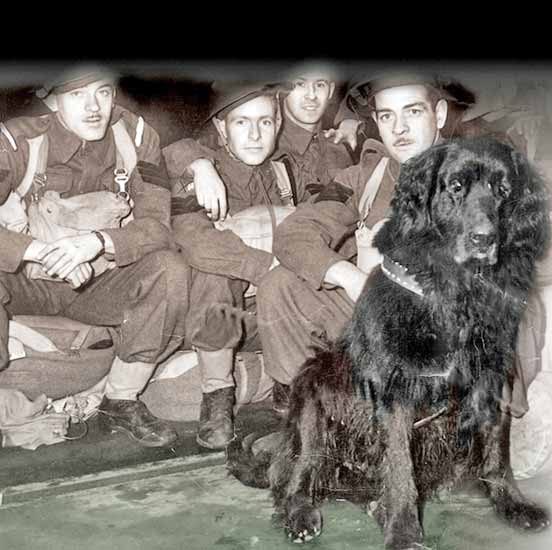 During the Battle of Hong Kong, Gander’s last act of valor was to catch a grenade that fell at the feet of wounded soldiers and sprint towards the enemy. The grenade killed the military dog instantly, but not before the dog hurried it away from his unit. This action made an impression upon the Japanese, who henceforth believed the Royal Rifles had trained “black devils” to follow them into battle.

In 2000, Gander was posthumously awarded the Dickin Medal, which is the animal equivalent of the Victoria Cross. His name is also on the Hong Kong Veterans Memorial Wall in Ottawa, Canada.