Behind the Old Guard’s “Flags In” Tradition At Arlington Cemetery 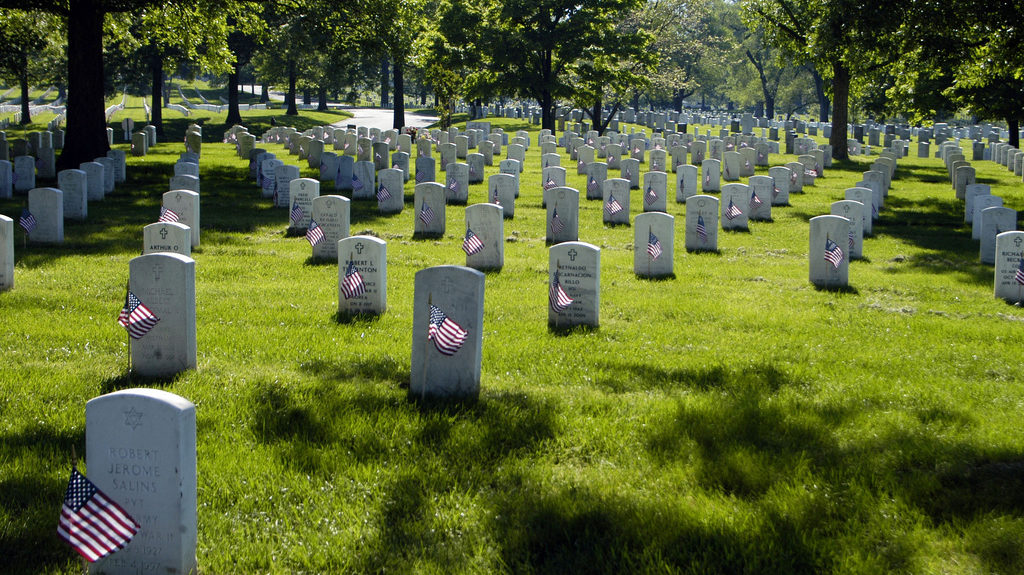 On May 26, soldiers of the 3rd U.S. Infantry Regiment placed 230,000 U.S. flags before headstones at Arlington National Cemetery. This tradition, known as “Flags In,” has been carried out by the Old Guard for 60 years.

Who are the Old Guard?

The 3rd U.S. Infantry Regiment is the oldest active duty regiment in the Army. It was first assembled as the First American Regiment in 1784. The unit cycled through many names throughout its 330+ year history. It was finally designated the Army’s official ceremonial unit in 1948.

If you’ve ever visited Arlington National Cemetery, you’ve probably seen members of the Old Guard standing vigil outside the Tomb of the Unknown Soldier or playing Taps on a bugle. Annoying tourists may wave or shout to get their attention. Respectful ones won’t. No matter what the crowd is like, you can’t faze these soldiers. Serving in this unit is a privilege, and these soldiers won’t leave a single hair out of place as they carry out their duties.

Is it any surprise that the Old Guard’s motto is Noli Me Tangere, or ‘Touch me not?’

The Flags In tradition began the same year the Old Guard was assigned to Arlington.

Every soldier in the Old Guard participates in this tradition. In about four hours, the unit places hundreds of thousands of American flags neatly in front of the grave of every military veteran buried at the cemetery. They also place 14,000 more flags at the Soldiers’ and Airmen’s Home National Cemetery, as well as a few at the Tomb of the Unknown Soldier.

Those flags remain in place until after Memorial Day, when the Old Guard returns to remove them one by one.

Repeatedly pushing flags into the earth is grueling work. Some soldiers carry coins flat against their palms to prevent callouses. Yet they return every year to perform the same duty.

You can watch some footage of soldiers carrying out this year’s Flags In in the clip below.