United States Marine veteran Joshua Bouchard had endured two tours in both Afghanistan and Iraq and an IED explosion that took his leg and nearly broke his spine. In spite of these events, he was sitting pretty and triumphant, happy, a long way away from where he was when he stayed his very first night at Walter Reed Army Medical Center in Maryland — one of over a thousand evenings he’d have to spend there. That was the past though, because these days he lived comfortably in a suburban Massachusetts home of his own with a couple of dogs and a lawn — living the American dream he fought so hard to preserve overseas.

And then came Monday night.

It was this past Monday night when he used his wheelchair to roll down and explore a plume of smoke he noticed coming from his garage. When he did, he discovered a detonation not that different from the one he encountered in the Middle East years prior. Only this time it wasn’t the enemy, it was bad luck: fire finding its way to gas tanks of his car and his lawnmower.

The explosion blew him clear out of his seated position before his instincts kicked in.

“A combat roll, like you’re avoiding fire, which technically I was. I think my experiences in the military completely are what saved me, absolutely,” he recalled to a local New England television station, NBC 10. 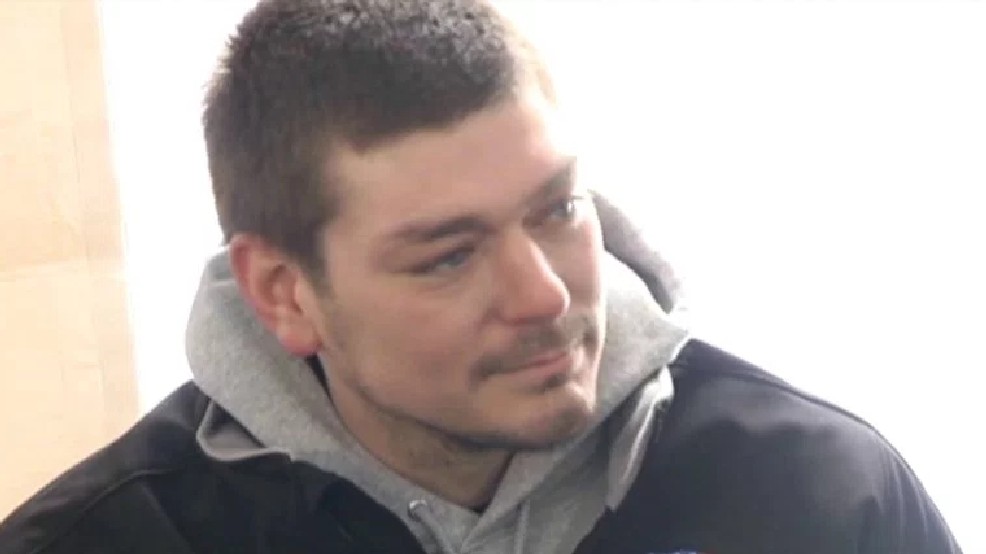 Somehow he avoided all but smoke inhalation in the eruption (which he was successfully treated for in the aftermath) but, when the blaze was finally extinguished, his house — the same abode which had been customized with handicap accessible accessories by the nonprofit Home for Our Troops years earlier — was pretty much entirely destroyed (photo above).

To make matters worse, he lost his prosthetic leg (valued at around $15,000) and three motorized wheelchairs (total value of $100,000) to the flames.

Thankfully, his dogs made it out alive, as did his will and sense of humor, unflappable in the ugly face of setback.

“I honestly haven’t had this much excitement since Afghanistan to be honest.”

News of the event reached members of the community within hours, and almost as fast they stepped up to assist their veteran neighbor in his time of need. A local businessman named Lee LaLonde bought Bouchard a new wheelchair and his sister started this GoFundMe page, which has already eclipsed its initial goal by thousands of dollars (you can still contribute to it).

Since the incident, the old Marine sergeant has been picking up the pieces while staying at his father’s house nearby.

Also, on January 18, at 11 a.m. at the Texas Roadhouse in Methuen, Massachusetts there will be a luncheon with the proceeds going to Bouchard and his rebuild.