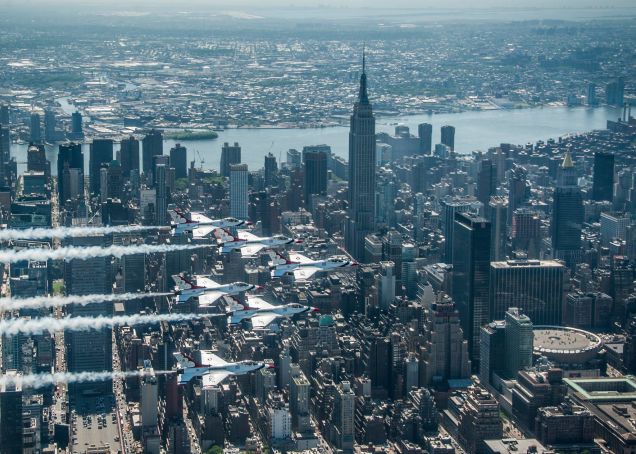 To celebrate and honor Memorial Day right, the United States Air Force flight demonstration squadron known as the Thunderbirds roared across New York City the other day — and the images that were captured (by an F-16D airborne nearby) of it taking place are absolutely jaw-dropping.

They were also in the Big Apple for the Bethpage Air Show as well as the city’s famous “Fleet Week.”

Check out these shots though. Just awesome. 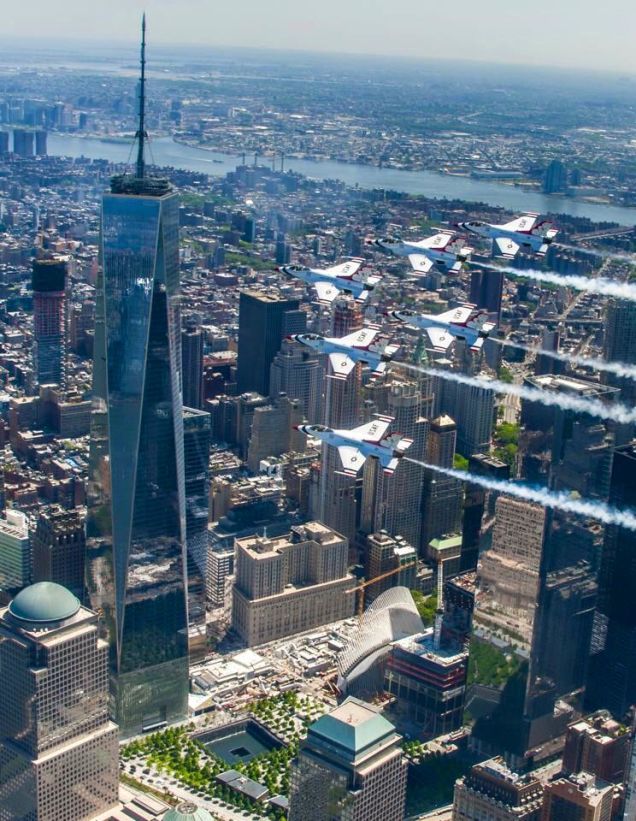 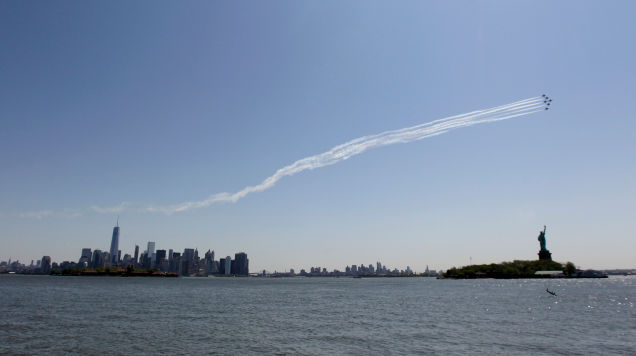