The Red Devils, the official parachute display team of the British Army’s Parachute Regiment, suffered a anxiety-inducing mishap at its latest airshow.

After two paratroopers deployed their parachutes, they attempted to perform a stacking maneuver. Instead, onlookers watched in horror as their parachutes became tangled. 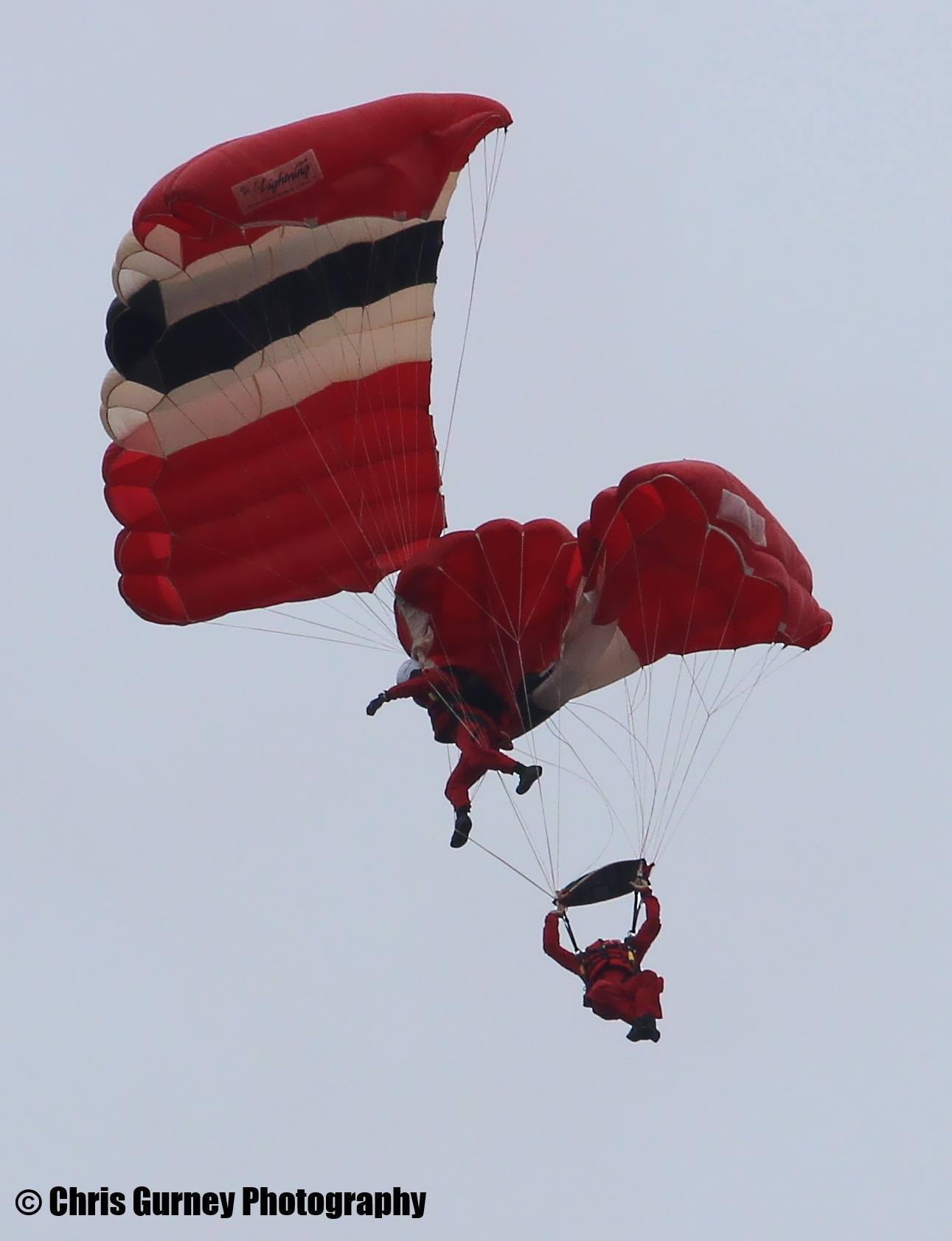 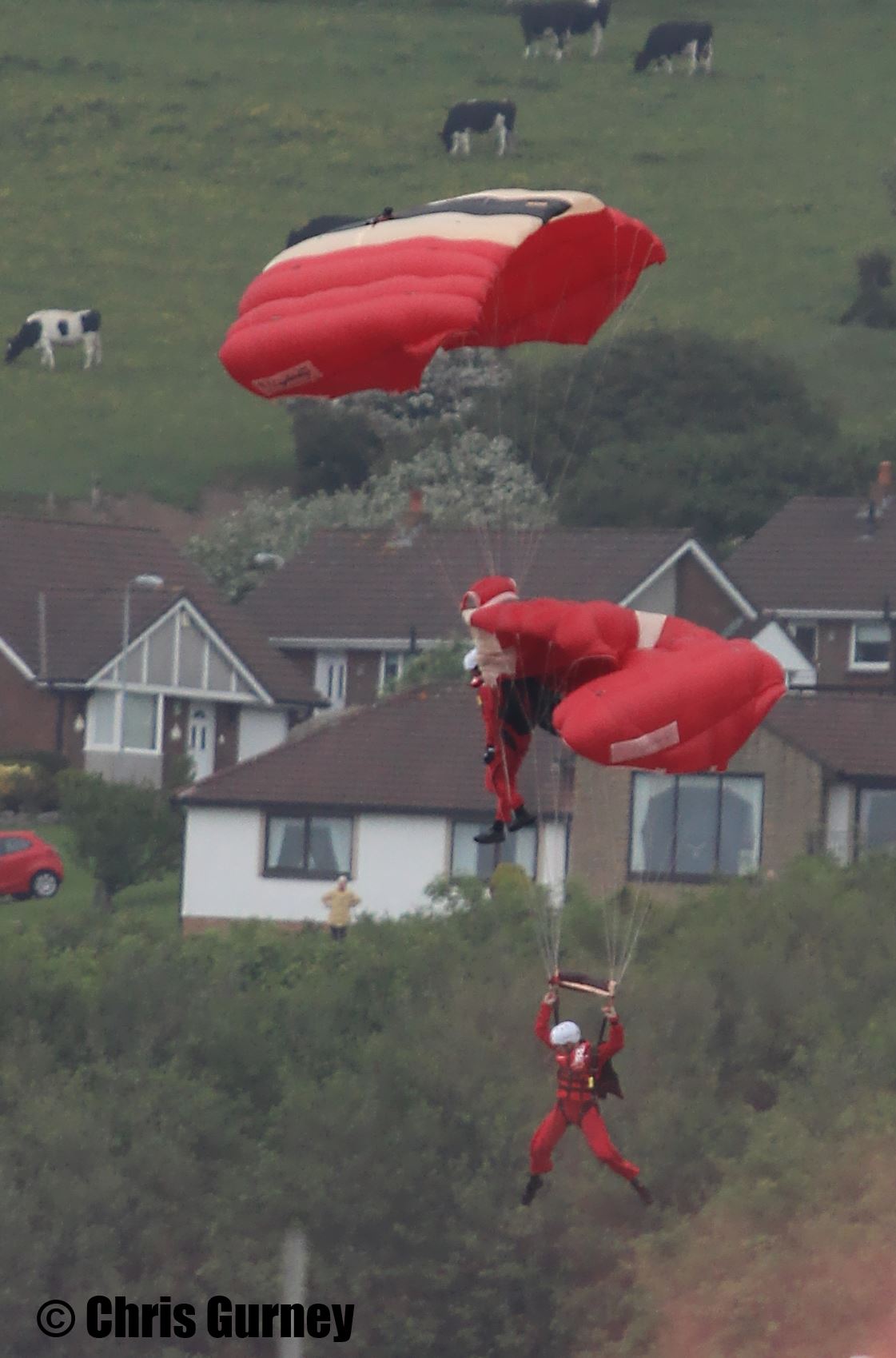 As professionals, the two paratroopers were able to skillfully execute a controlled landing into nearby water. A rescue team was waiting for them, and no one was hurt.

One spectator caught this short video of the paratroopers’ descent.