“They say Spain is pretty, though I’ve never been.”

Daniel’s brother, as you may know, goes on to say that Daniel says “it’s the best place he’s ever seen” — via those troubadouring Brits known the world over as Elton John and Bernie Taupin.

If Daniel was a United States Army paratrooper, as these soldiers (from the 82nd Airborne Division out of Fort Bragg, North Carolina) strapped to parachutes descending from a gigantic C-17 Globemaster III are, he would’ve had some view of the European country. Perhaps one that very few people in the entire world get to experience.

This photograph was, in fact, taken during a joint exercise in Spain last November.

According to Defense News, the event was called “Ultimate Reach” — part of NATO’s Trident Juncture 2015 — and this particular jump happened over Zaragoza, Spain. 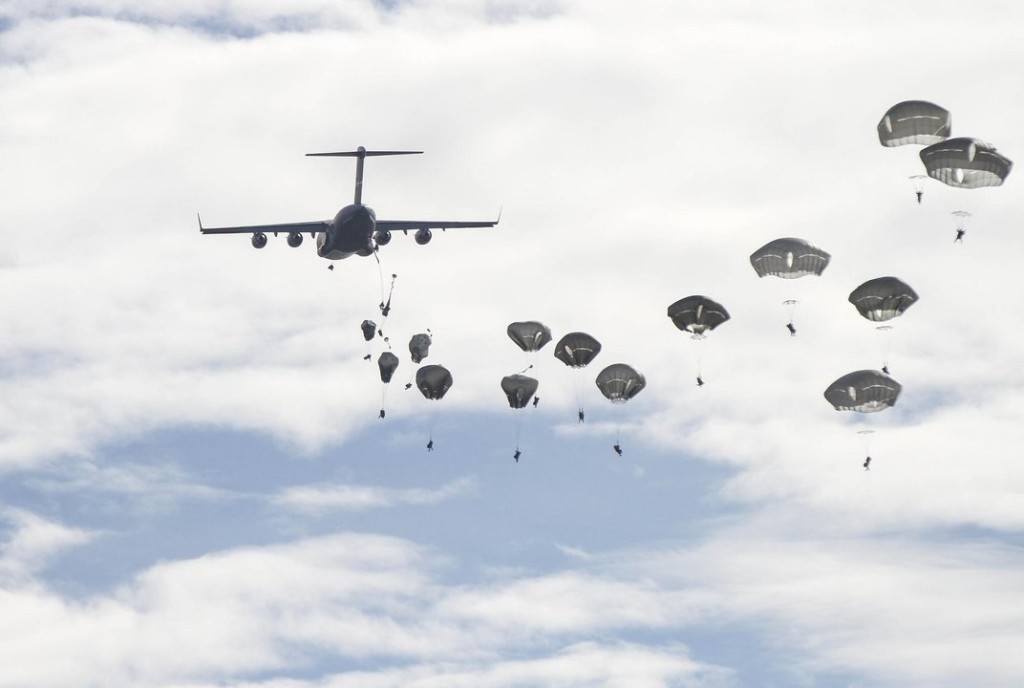