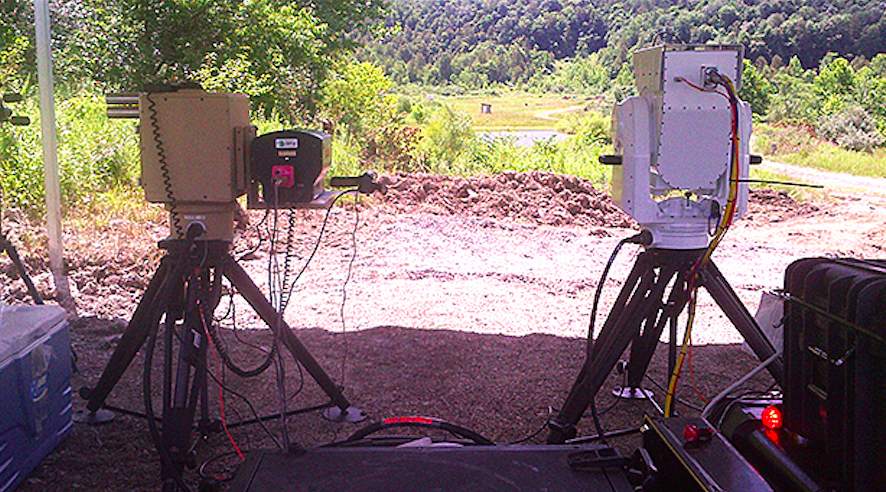 The Boeing Company didn’t write or sing this little rhyme with a cutesy melody. They wouldn’t dream of it. They were too busy building airplanes and a new “compact laser weapon system” that, according to an announcement they made this week, was designed specifically to shoot drones out of the sky.

After all, something has to come along and big boy these drones. There’s been numerous incidents lately where the little flying robots have interfered with emergency crews in the midst of saving people’s lives — like the whole debacle with the firefighters in California that saw reckless pilots commanding their remote-controlled aircraft too close to the combustion.

How will the state-of-the-art laser weapon work? Boeing explained it during a demonstration in New Mexico:

In the demo, Boeing used the laser to burn holes in a stationary, composite UAV shell, to show how quickly it can compromise an aircraft. Two seconds at full power and the target was aflame. Other than numerous safety warnings to ensure no one was blinded by the two-kilowatt infrared laser, there was no fanfare. No explosions, no visible beam. It’s more like burning ants with a really, really expensive magnifying glass than obliterating Alderaan.

The manufacturing giant based in Everett, Washington markets it as “silent, invisible and precise”. They also rubbed a few pennies together and made this video detailing the deadly spacelike technology:

One of its engineers likens it to “a welding torch being put on a target, but from many hundreds of meters away”.

According to the website Gizmodo, the laser system is also relatively cheap:

Once the system is built, all you’re paying for is the electricity to run it. And with a world of ubiquitous drones (military or otherwise) just around the corner, being able to deploy drone-killing tech on the cheap is vital.

“This represents a low-cost way to deal with the threat,” David DeYoung, the director of Boeing Laser & Electro-Optical Systems told Wired.