It is common selfie wisdom to position yourself so that sunlight is shining in front of you, not behind. For one astronaut, sunlight was scarce. So he used the Earth’s light instead. 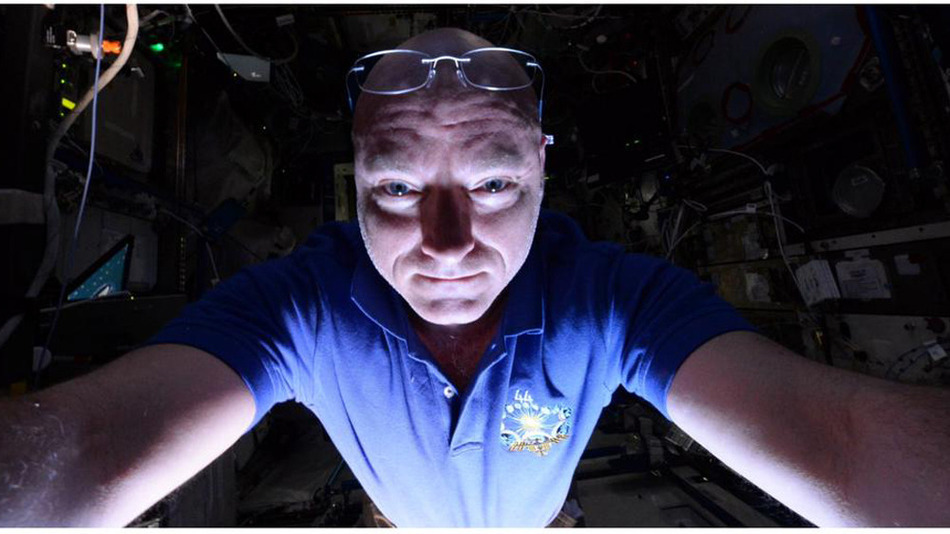 NASA astronaut Scott Kelly took the above photo on Saturday while onboard the International Space Station. While he was taking this picture, he was facing the Mediterranean Sea from 220 miles away.

Kelly is spending an entire year on the space station in order to study how long-term space flight affects the human body. His identical twin brother, Mark Kelly, has remained on Earth.