This American Family Lives in an Airplane Hangar 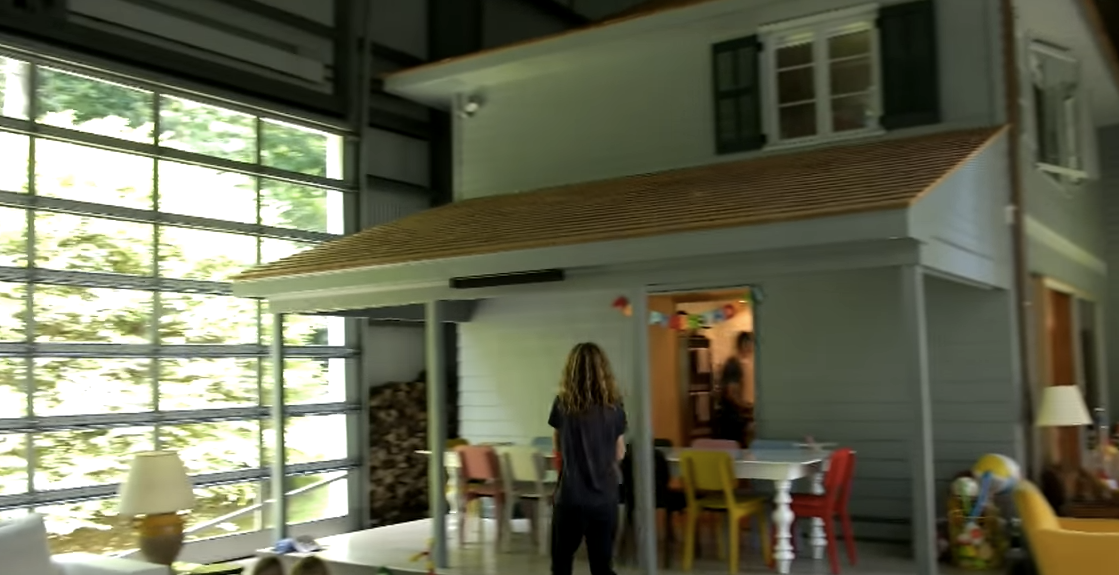 Do you know what a Matryoshka doll is? You might. It’s often called a “Russian nesting doll”, a “babushka doll” or more plainly, a “Russian doll”, but it’s more or less dolls inside of other dolls, on and on, so forth, etc. The original name, in Russian, means “matron.” If you look up “matron” in the dictionary you get the definition that it means a “married” woman, in particular, a married woman who is “sober” and respected and “middle-aged.”

But anyway, it’s something smaller inside something bigger. Which is what this New Jersey family did with their humble abode.

They took a farmhouse, and stuck it inside an airplane hangar, because …?

You can watch them explain in the following footage of the bizarre layout (the father is an architect so that has something to do with it) but it really reminds us of that Phillip Seymour Hoffman movie (written by madman bummer genius Charlie Kaufman) called Synecdoche, New York. SPLOID pointed out the same detail in their writeup, as well.

If you’re not familiar with the film, take a look at the first video below and then follow it up with the family’s video. It’s sorta eerie, no?

This (you’ll see about a minute in):