Airmen Carried Out Airstrikes on ISIS … While Wearing Santa Hats 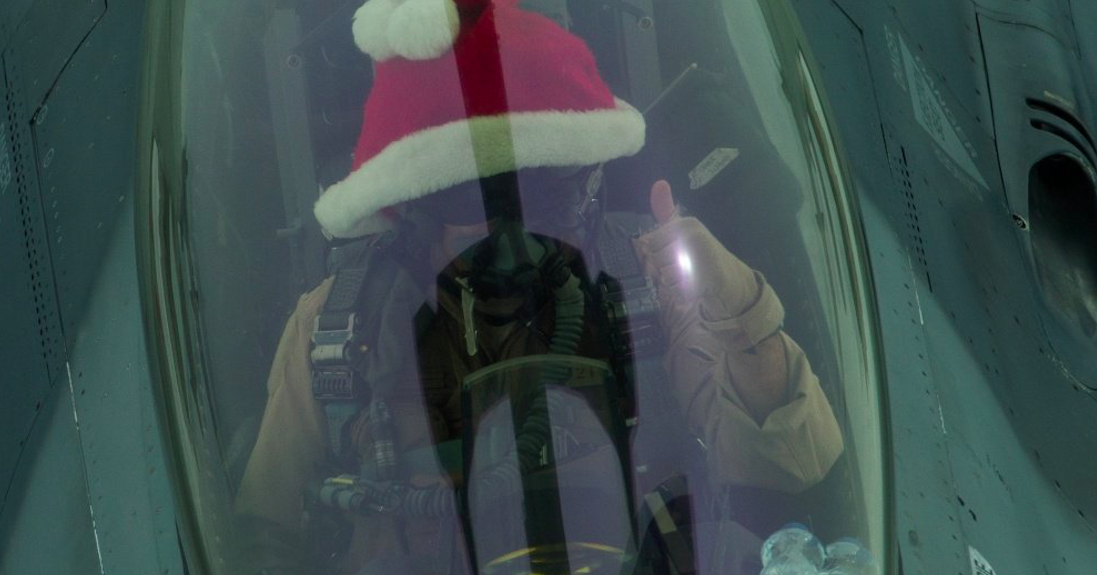 In case it’s been forgotten already, Christmas was this past Sunday. For most Americans, it meant a number of things, namely: no work, seeing family, lavish dinner, plenty of desserts, gifts, eggnog, wine, carols — eating, drinking, being merry.

For American airmen stationed overseas, however, it meant the following: continuing to carry out airstrikes with the intention of bringing about the fall of ISIS (Islamic State, ISIL, Daesh, etc.) in both Iraq and Syria. Pretty much the same thing they’ve been doing for months only, this time? With a festive spin. Holiday style.

According to Business Insider, coalition forces (led by the United States, of course) performed 18 strikes on targets related to the terrorist organization in the region on December 25.

All part of Operation Inherent Resolve, the targets were largely in or near either Raqqa (Syria) and Mosul (Iraq). The Pentagon reported that all aircraft involved in the campaign returned to their respective bases safely and without issue.