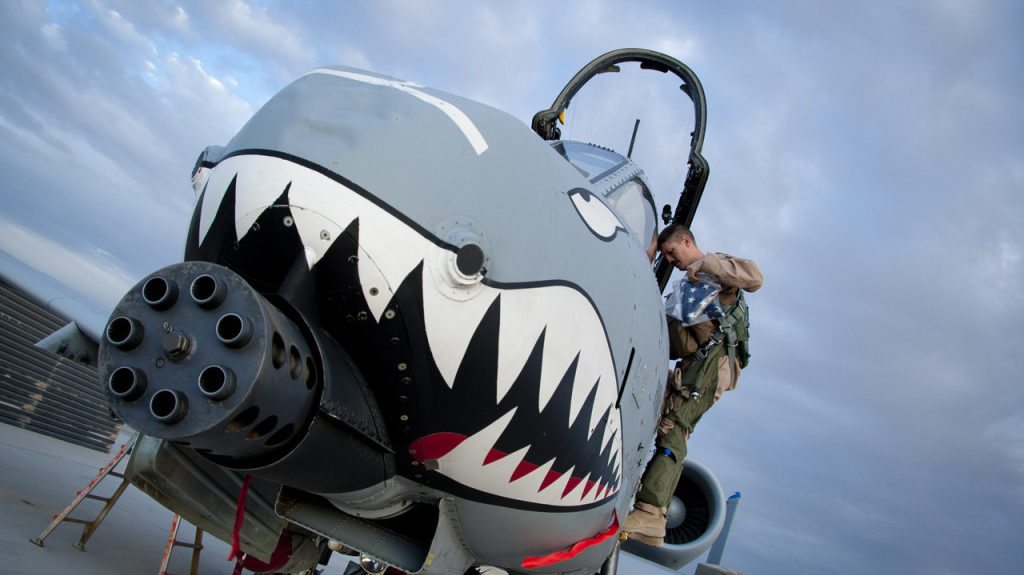 It’s late August. Which means, in North Carolina and its interior cities, it’s balmy, boiling and not so cool.

The heat must be getting to its residents, because a recent A-10 Warthog practice run over Charlotte’s Bank of America Stadium for a possible flyover spectacular caused many of them to flip their lid, and take to social media to voice their concern.

It even made the local football team a little jittery.

This from the Charlotte Observer:

The team was not aware of any plans for a practice run, he added. “We didn’t know about it,” he said.

“Oh yeah, we most certainly were caught off guard. You kind of see everybody wondering what’s going on,” Rivera said. He said the flyover was “pretty awesome.”

“I really appreciated that. I like the fact that they waved at us as they went over,” said Rivera.

Hey — they’re not named after giant, snarling pigs for nothing. And those hulking GAU-8 Avenger 30mm gatling guns strapped to their nose don’t help the cause for their cuteness either.

Two fighter jets just buzzed by my window of the high rise bldg I work in – uptown Charlotte NC. Scary!

Perhaps that’s one of the many reasons why they’re THE aircraft on call for anything that necessitates close air support.

But you already knew that.